England have won 24 ODIs so far under Eoin Morgan.

With the start of second One-Day International (ODI) between India and England at Barabati Stadium, Cuttack, Eoin Morgan entered the prestigious club of 50 games as captain. He became the sixth English captain to lead his side in 50 ODIs after Alastair Cook (69), Andrew Strauss (62), Michael Vaughan (60), Nasser Hussain (56) and Graham Gooch (50). Surprisingly, despite being one of the oldest teams in the sport, no English player has captained his side in 100 ODIs. Morgan made his captaincy debut against the country of his birth Ireland back in August 2011 at Dublin. He went on to captain on further occasions in 2013 and 2014 but was assigned to do this job for full time in 2015.

It was England s miserable performances against India at home, where they lost the series by 3-1, followed by another series defeat in Sri Lanka 2-5 from the Lankans, which led Morgan take over the captaincy for full time from Cook in ODIs. His first series as full time captain was in Australia during the Carlton Mid ODI Tri-series, where England were beaten by Australia in the final. Later, he went on to lead the side in ICC Cricket World Cup 2015, which so far has been the worst series for him as captain as England could not even qualify for the quarter-finals and were also beaten by Bangladesh in the group stage.

After the World Cup 2015, there was a sudden rise in England s ODI fortunes under Morgan as the team won four out of six series under him. Till now, England have won 24 ODIs under him and if they win the ongoing one against India, then it will be the 25th from 50 games. Also, Morgan has scored 1,750 runs as captain at 43.75. 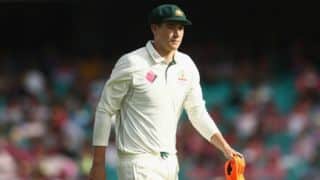