England lost four wickets for 46 runs in the middle overs that restricted their momentum.

Rohit Sharma with his century guided India to a 7 wicket victory with 8 balls to spare against England to win the series decider at Bristol. England had a great start after being put to bat, they even crossed the triple digit mark within 10 overs. However, the Indian bowlers did well in the last 10 overs picking 7 wickets and restricting the host under 200..

“We were probably 20-30 runs short. 225 or 235 would have been more of a difficult chase (on that ground). India never really got away from us, but we struggled to take wickets (during the chase),” said Eoin Morgan in the post match presentation.

“They kept up with the rate, and then it was a position in the 16th or 17th over they could take the game away from us which is disappointing. (But) Jason (Roy) and Jos (Buttler) were brilliant up front and almost gave us a licence to allow ourselves to think about 220,” he added.

England lost four wickets for 46 runs in the middle overs that restricted their momentum, and in the death overs they lost another five wickets in the space of 14 balls. Hardik Pandya starred with the ball for India picking 4 for 38. “Pandya kept it simple (on a tough ground). He hit good lengths and we didn’t hit it. The execution of our shots didn’t really match up. On a good wicket, and a small ground, we should be better than that. India were probably on top of their game today, and we weren’t. We were just short. Those 20 or 30 runs we missed out on in the back-end of our innings cost us,” said Morgan.

“This series has been pretty competitive, probably barring the first game, which they (India) dominated. It doesn’t necessarily expose us in one area, but it allows us to grow as a team. I don’t think we have to play a completely perfect game every time. We proved that at Cardiff.”

Virat Kohli and Rohit added 89 to the third-wicket partnership to ensure a win for India. Morgan said there were key things to learn from the game which the hosts would take into the three-match ODI series strating July 12.

“I was just chopping and changing trying to find a wicket, trying to be as unpredictable as we could but it didn’t work. India stuck to banging in a hard length until they went to yorkers towards the end. That’s what we tried to replicate, because on this ground, taking wickets is a priority,” he said.

“But I am pretty confident, going forward, we won’t be hung over on this series loss. It doesn’t mean we are going to go and have a divine right to win a game of cricket. We have to remember all the hard work we put in to beat good teams, and India are one of those.

The three-match ODI series is scheduled to start from July 12 at Trent Bridge, Nottingham. 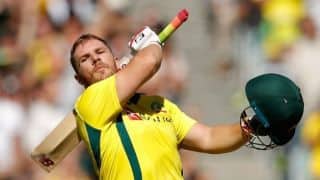 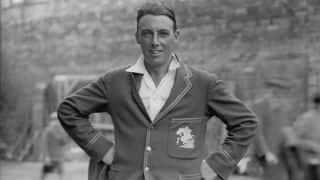 What made Maurice Tate switch from spin to seam