Vaughan is extremely impressed with the way Morgan has handled the England team and led from the front.

Former England captain Michael Vaughan is extremely impressed with the way Eoin Morgan has handled the England team. Under Morgan, England have been on a dominant run in ODIs, having recently registered their ninth consecutive series win when they beat Sri Lanka in the fourth ODI at Pallekele to clinch the rain-affected series 3-0.

Morgan has been at the forefront of England s revival since the debacle of World Cup 2015. This year, Morgan s England, prior to the series against Sri Lanka, have blanked Australia 5-0 in ODIs and beaten India 2-1. And in this while, Morgan has amassed 506 runs in 11 innings, and Vaughan feels the captain s form bodes well for England for the World Cup next year. In the ongoing series, with one match to go, the England captain is averaging 195 with scores of 92, 58*, 31*.

“Morgan looks in as good a form as I’ve seen him for many years,” Vaughan told BBC. “He is a very clear talker and communicates well to his players. He’s very relaxed but very driven. England are in a position where they are ticking all the boxes that need ticking.”

The way Morgan has staged England s impressive turnaround after the World Cup has been phenomenal. Under him, England have won 51 of the 76 ODIs played between then and now and become the No. 1 ODI team in the world earlier this year. More importantly, England have shown confidence and positivity to belong at the top. Morgan also overtook Ian Bell to become England s leading run-scorer in ODIs and has played a key role in shaping players, especially batsmen.

England s batting, in the presence of Joe Root, Jason Roy, Alex Hales, Jos Buttler and Ben Stokes, has been effective, to the extent that Morgan even stated that he was open to the idea of dropping himself for the World Cup if it benefitted the team.

“England could have got rid of Morgan after the last World Cup but they stuck with him,” said Vaughan, who played 82 Tests and 86 ODIs between 1999 and 2007. “He’s been the driving force behind this team. He has allowed the players to go out and play in this aggressive manner and be attacking.”

Vaughan, who played 82 Tests and 86 wins for England between 1999 and 2007, feels that England are sorted as far as their team composition is concerned for the World Cup. Runners-up three times 1979, 1987 and 1992, England are strong contenders for the World Cup, considering that the tournament will be held in their country.

“England are 90 percent sure of their starting XI for the World Cup,” Vaughan said. “Consistent results come from having the same group of players over the years. Conditions might dictate one change, but Morgan knows in the back of his mind what his best XI is.” 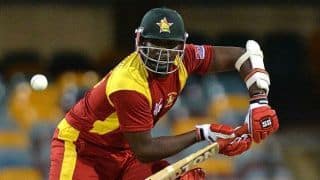 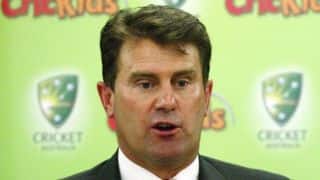