Morgan's leadership will be paramount for England's improvement leading up to the ICC World Cup next year.

England leg-spinner Adil Rashid has described his ODI captain Eoin Morgan as a great leader, who will be paramount for the side s own improvement leading up to the ICC World Cup next year.

“As a captain, a leader and a person, he really gives confidence to players. He is a great leader for this bunch of lads and he has made this environment a nice one to be in. You want to play for him and you want to enjoy it on and off the pitch, Rashid told ESPNCricinfo on Thursday.

According to Rashid, who made his ODI debut in August 2009, Morgan s calm attitude under pressure has brought out the best among his bowlers. “He knows you are going to have good days and bad days,” Rashid said.

“One big positive I’ve found is there are no big emotions from him if you’re not bowling so well or things are not going great for the team. He doesn’t really show it in his face which is a big positive for the players.

“For me, he has been a massive help. He has given me the confidence to go out there and try to get wickets and if you get smashed, no problem because we’ve got five other bowlers to keep it tight. It is my job to create chances and he has been a big positive for me.”

England bagged the ODI series in Sri Lanka 3-1 (with one match washed out). Both teams will be play a one-off Twenty20 International at the Premadasa in Colombo on October 2. The three-match Test series will begin with the first Test on November 6 at Galle. 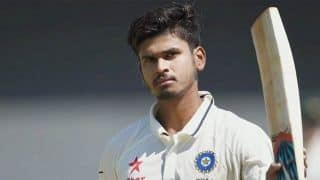