Morgan will be presented a special cap marking his 100th appearance for England.

England batsman Eoin Morgan was honoured by the England and Wales Cricket Board (ECB) on Friday, September 5 to mark his 100th One-Day International (ODI) appearance for England before the start of the fifth and final ODI against India at Headingley in Leeds.

A special cap presented to @Eoin16 to mark 100 ODI’s for @ECB_cricket #EngvInd pic.twitter.com/r9wlhTg4j5

Morgan, who was born in Dublin, Ireland, is one of the many cricketers in the English team with foreign origins. He made his international debut with the Irish team, representing them in the 2007 World Cup where Ireland registered a memorable win over Pakistan. He played 23 ODIs for Ireland team before heading off to England in search of greener pastures.

Former skipper Michael Vaughan picked Morgan as his choice to replace Alastair Cook as captain, despite his poor form in the ongoing ODI series against India.

“If he was made captain, Morgan would take all the tricks and information he has learned playing T20 cricket around the world and change the way England play. He would bring a renewed freedom into the set-up instead of the straight-laced Englishness that pervades at the moment,” Vaughan was quoted as saying. 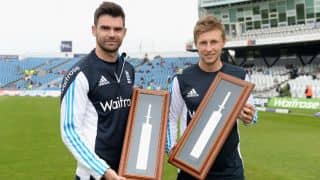 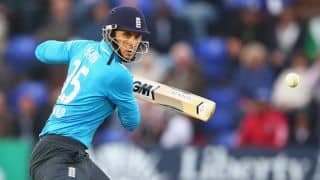