New Delhi: Satisfied with England‘s campaign so far in the ICC World Twenty20, captain Eoin Morgan today said every player of his side has showcased his versatility during the tournament which has made the side a “powerful” unit heading into tomorrow’s semifinal against New Zealand. In two matches, England batsmen scored big against West Indies and South Africa while spinners defended a small total against Afghanistan. The pacers were also brilliant at the death against Sri Lanka en route their last four entry. Live Cricket Scorecard: England v New Zealand, T20 World Cup 2016, 1st Semi-Final at Delhi

“We haven’t had to repeat the same thing twice. We showed different sides to everyone’s personality, what they have got as opposed to just what they do on a day-to-day basis. That shows the group as a whole can be very powerful,” Morgan told mediapersons ahead of his team’s semi-final against New Zealand tomorrow. FULL MATCH SCORECARD: England vs Sri Lanka , 29th T20 Match, Super 10 Group 1, ICC T20 World Cup 2016

Morgan exuded quiet confidence but insisted that his team is still quite far from the final spot. “I feel excited. I don’t feel like I’m close to World Cup final. I’m not going too far ahead of myself. We’ve game, a top game tomorrow against a strong New Zealand side, who probably have played the best cricket of the tournament so far in the group stages. So we are going to have a very strong game tomorrow to beat New Zealand,” Morgan said. T20 World Cup 2016: Eoin Morgan satisfied with England’s performance under pressure

Morgan has the experience of winning a World T20 back in 2010 when England beat Australia in the final with Paul Collingwood in charge. Incidentally, Collingwood is here with the England team as a consultant. “Certainly my experience in the knock-out stages of a tournament is that you’ve done the hard work and it’s almost now you earn a licence to go out and express yourself as much as you can. So if you’ve guys coming out very relaxed about performing on the big stage, I think that takes a lot of weight off the shoulders,” the skipper explained. READ: Eoin Morgan thinks T20 cricket threatens Tests

Asked about the similarity between the victorious 2010 team and the current bunch, Morgan observed that it was the ability to remain calm and relaxed in pressure situations. “I think they are hungry to win. It’s all about having fun and enjoying what you are doing. If you don’t have the drive to always want to improve, to win a game of cricket, you stand still for a long time, this side has showed strength which is similar to that 2010,” said Morgan. T20 World Cup 2016: Eoin Morgan wants more opportunities for the Associate nations

Morgan is also not bothered by New Zealand getting the favourites tag going into the semi-final. “To be honest, it does not really bother us. We won the Sri Lanka game as favourites. It’s going to be a tough game of cricket. Hope the pitch will be as good as it looks.” The England team have been stationed in the national capital for the last 11 days and the skipper believes that it could work as an advantage against New Zealand, who will be playing at their fifth different venue in five matches. “We’ve grown used to the pitch a lot more than the first game here. It was probably drier and completely different circumstances.” 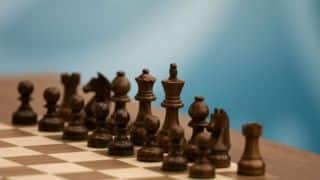 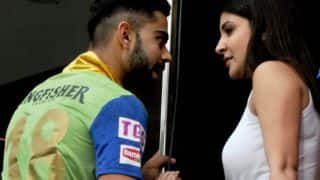