Ein Morgan's fifty has guided England out of trouble.

Eoin Morgan scores his 29th One-Day International (ODI) half-century in the first match against Pakistan at Abu Dhabi. Morgan came in at a time when England were in a spot of bother at 14 for three after Alex Hales was dismissed for just 10. Morgan was hit on the head my Mitchell Starc in the final ODI between England and Australia in the previous series and will be happy to have gotten to this milestone. This match marks the final ODI match of Pakistan batsman Younis Khan and Morgan will hope that his effort with the bat ruins his farewell. he will know that he has to carry on from here and get a big score. Live updates: Pakistan vs England 2015, 1st ODI at Abu Dhabi

England are coming at the back of a comprehensive 0-2 Test series loss at the hands of Pakistan and will be keen on turning the tables and winning the ODI series. Senior players like Stuart Borad and James Anderson are not part of the ODI squad and it paves way for youngsters like Reece Topley and David Willey to make a name for themselves. Ben Stokes too is  not part of the side after sustaining an injury in the final Test against Pakistan. Live Scorecard: Pakistan vs England 2015, 1st ODI at Abu Dhabi

Earlier, England had won the toss and elected to bat first. They got off to a shaky start but have managed to recover from it. They will hope that they can put up a competitive score and put pressure on the Pakistan batsmen. 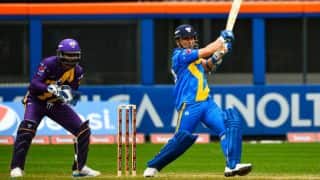 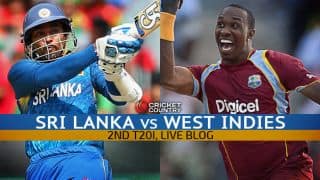