Current India bowling mentor and former South Africa international, Eric Simmons, was on Thursday appointed as the head coach of Delhi Daredevils in the forthcoming edition of the Indian Premier League. 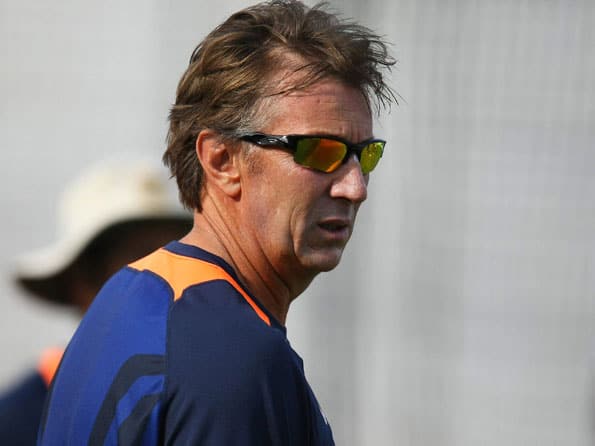 Current India bowling mentor and former South Africa international, Eric Simmons, was on Thursday appointed as the head coach of Delhi Daredevils in the forthcoming edition of the Indian Premier League.

Apart from Simmons, T A Sekar also makes a return to the Delhi IPL team as its mentor.

Announcing the elevation of Simons as the head coach of the Daredevils team, the franchise owner GMR Sports said the move will help the side to regain its lost aura.

“I am sure that Simons’ taking over as head coach and Sekar’s return as mentor will help the team overcome the disappointments of last season and become most competitive again,” GMR Sports’ business chairman Kiran K Grandhi, said in a statement.

The Virender Sehwag-led side finished at the bottom of the table in the last edition of the tournament earlier this year, managing to win just four matches out of the stipulated 14 games.

Sehwag, who is currently in Australia to play the four-match Test series against the hosts, said it would be exciting to work with Simons.

“Eric (Simmons) has done a good job as bowling coach and now he can do that as the head coach. He can make a difference as he has been with the team for a couple of years. If someone else had come, he would have to start from the scratch. It is good Eric has taken over and I am hoping he will do a good job,” Sehwag said.

Simons, meanwhile, said it is an honour for him to be appointed as the head coach of the franchise.

“It is an honour and a wonderful challenge going into the new season. The IPL is a dynamic and exciting place for any cricketer to be involved in at the moment. To have the trust and confidence shown in me as coach is something I am grateful for,” he said.

Sekar, who is back in the Daredevils fold after spending couple of years as the manger of Mumbai Indians, deposed faith in the team and said it would be exciting to work alongside Simons.

“I have always believed that the Daredevils have a pool of talent that can make the opposition wary,” he said.

“It will be wonderful working with Eric and his set of coaches, team manager Aashish Kapoor and the exciting bunch of players led by Virender Sehwag,” Sekar added. (PTI)

Phil Hughes not surprised over his omission from Test team