Having all but completed their one-year ban (set to end on March 28) from international cricket on ball tampering charges, Smith and Warner's IPL performance is expected to be closely monitored by Cricket Australia.

Former Australia opener Matthew Hayden firmly reckons that Steve Smith and David Warner‘s Indian T20 League form will not be a factor for their World Cup selection as they will certainly “walk into the side”.

Having all but completed their one-year ban (set to end on March 28) from international cricket on ball tampering charges, Smith and Warner’s Indian T20 League performance is expected to be closely monitored by Cricket Australia.

“It’s an opportunity for Warner and Smith to play some cricket. Otherwise, they were not playing any cricket,” Hayden told PTI during an interaction.

Irrespective of Australia’s impressive show in India, Hayden believes that the duo is certain to make the World Cup-bound Australia squad.

“They are going to walk into the side. Even if they have a bad IPL, they are not going to be dropped from that World Cup side. They are in the WC squad,” said Hayden, a member of the 2003 and 2007 World Cup winning Australian team.

Since this is the only game time the duo will be getting ahead of the World Cup, Hayden expects them to use it to the fullest.

“I think it will make a huge difference. For bowlers, the workload matters. For batters, there is no such thing called workload. You just keep batting, batting and batting and that helps your game,” said the 47-year-old, who had scored 6133 runs from 161 ODIs.

Agreeing that bowlers’ workload needs to be monitored, Hayden wants Australian team management to be “frugal with Pat Cummins”, who has been the team’s pace spearhead during the entire summer.

During World Cup, most pitches will be flat but up north of England, conditions could be testing for batsmen, said Hayden

“The northern grounds in England will provide more difficult conditions. The wickets I believe will be very flat during the World Cup. At times, wickets should have a bit more in them,” he said. 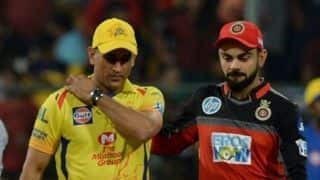 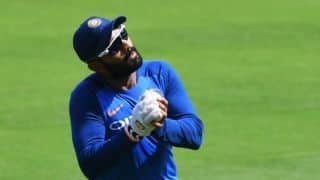