With the absence of Steve Smith and David Warner, both serving suspensions for their involvement in the infamous ball-tampering scandal during the Cape Town Test in March this year, critics believe Australia s batting line-up is weak which gives India a chance of picking up a rare series win Down Under.

Former Australia allrounder Shane Watson thinks otherwise. There is no doubt it s a big hole to fill with Smith and Warner missing, but there is no doubt that we still have the quality to be able to fill those runs that we need to win. Our bowling attack is still very strong but so is India s batting line up, Watson, a 59-Test veteran, who scored 3731 runs at an average of 35.19, told India Today.

ALSO READ: We have the skill and experience to win Test series in Australia: Virat Kohli

Watson, who called time on his international career in March 2016, believes India captain Virat Kohli s performance will be crucial to helm the batting department. Kohli has five centuries to his name in Australian conditions and is one ton short of Sachin Tendulkar s tally.

Virat is going to play a big part and they have a lot of other incredible batsmen. So, their batting stocks are pretty strong. So, I think it s going to be awesome Test series to watch, he said.

However, although Watson said that this will be India s best chance to claim a series win Down Under, he said that it will be a big challenge for India, who have failed to win two away Test series earlier this year a 2-1 loss in South Africa, followed by a 4-1 drubbing in England.

There is a massive home ground advantage for Australia. They haven t lost too many times in the history in Australia. So, while there is no doubt this is India s best chance to win in Australia, it s still incredibly challenging to be able to win away, he said.

ALSO READ: I am picking Australia over India but don’t ask me why: Ian Chappell

Watson believes Jasprit Bumrah will be India s key factor. Compared to South Africa, in Australia, depending upon the way wickets are prepared, it can get very, very flat with the kookaburra ball not doing much after the first 10 overs with the new ball. It can be a challenge, but India have got one of the strongest pace bowling line-ups from a pace point of view. And some variety as well with Jasprit Bumrah who provides a different angle and different speed. So, it will be a good test for the Aussie batsmen, said Watson.

The four-match Test series gets underway with the first Test at Adelaide beginning on December 6. 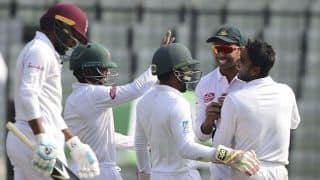 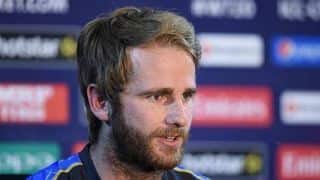