It turned out to be a run-fest at Shere Bangla National Stadium in Mirpur as both Lewis and Maruf unleashed themselves on the Rangpur Riders bowlers.

Evin Lewis hammered a quickfire 75 and added 103 runs for the first wicket with Mehedi Maruf, as Dhaka Dynamites set a big 189 run target against the Rangpur Riders in the 34th match of the ongoing Bangladesh Premier League (BPL) 2016. It turned out to be a run-fest at Shere Bangla National Stadium in Mirpur as both Lewis and Maruf unleashed themselves on the Rangpur Riders bowlers, adding more than 100 runs in mere 9 overs of the contest. However, a drinks break destroyed their momentum, and the Dhaka Dynamites lost their tempo. They lost a flurry of wickets which helped Rangpur Riders bring things back in their control.

The West Indian Lewis was belligerent on the Rangpur Riders bowlers, as he smacked 8 sixes and 3 boundaries to score 75 runs off just 34 balls. He was in a devastating mood as Lewis brought up his half-century in mere 21 balls, till then smashing 6 sixes. On the other hand, his partner Maruf too did not spare the Rangpur Riders, clobbering 3 sixes and as many boundaries to score a fine innings of 40 off 31 balls. The two batsmen added 103 runs for the first wicket.

It was on the penultimate ball of the 10th over that Rangpur Riders were able to make a breakthrough, when Soumya Sarkar trapped Maruf in front of the wickets for 40 runs. Two balls later, Rangpur Riders had another success when their Sri Lankan import Seekkuge Prasanna was dismissed for mere 1 run off 2 balls. Soumya once again had a role to play once again, as he took the catch to get rid of Prasanna off Ziaur Rahman.

One wicket brought another, and the Dhaka Dynamites slipped further when Lewis perished too. Paying the price for being very aggressive, he played one towards long off, where Rangpur Riders substitute Elias Sunny took a fine catch off Sarkar. Dhaka Dynamites slipped further when in the 13th over, their star all-rounder Andre Russell was dismissed by Ziaur. The West Indian cricketer was caught at long-on by Liam Dawson for 8 runs which came off 7 balls.

After a brief stand of 34 runs in 4.1 overs between Dwayne Bravo and Shakib Al Hasan, Dhaka lost their star Caribbean all-rounder when he was cleaned up by Rubel Hossain for 13-ball 16. In the same over, the 18th of the innings, Rubel claimed another big wicket as he knocked down the middle stump of Shakib. The left-handed all-rounder scored 29 off 20 balls with 3 boundaries and a six. 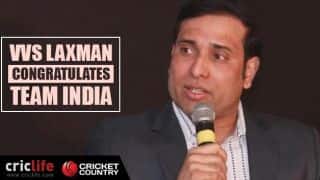