Evin Lewis was the 500th player to feature in Indian T20 League.

Evin Lewis registered an unwanted record for himself on his Indian T20 League debut, for Mumbai. Lewis fell for a 2-ball duck in tournament opener between Mumbai and Chennai. Lewis opted for DRS but even that could not save him from a top-notch delivery by Deepak Chahar. He was the 58th player in Indian T20 League to be dismissed on a duck on debut. The last player to achieve this feat was Lewis West Indies teammate Samuel Badree in 2017, playing for Bengaluru.

Lewis was brought for INR 3.8 crores, a significant raise over his base price of 1.5 crores. Lewis has played T20 cricket for teams likes Barisal Bulls, Dhaka Dynamites, St Kitts and Nevis Patriots and Trinidad & Tobago. Between them, Lewis and Mayank Markande of Mumbai and Mark Wood of Chennai took the player count in Indian T20 League history past 500 today. 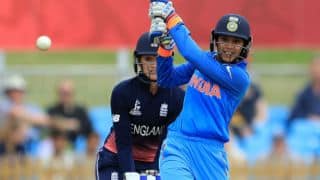 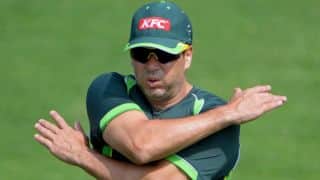