Former India coach Gary Kirsten on Wednesday warned that excess of Twenty20 matches in international calendar could harm the game and said that the shortest format should be limited to domestic cricket. 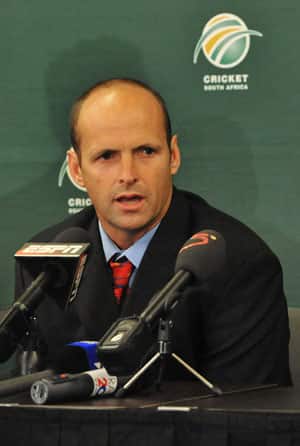 Former India coach Gary Kirsten on Wednesday warned that excess of Twenty20 matches in international calendar could harm the game and said that the shortest format should be limited to domestic cricket.

Kirsten, who guided India to World Cup triumph in April before taking charge of South Africa, was full of praise for Twenty20 cricket in popularising the game but felt the increase in its volume could dilute Test and ODI cricket.

“I have always had a view that it is a great domestic product. There are going to be teething problems ahead as it’s a new product but it’s done remarkably well over a short period of time,” said the former Test opening batsman.

“But I think international cricket does really well with Test cricket and the 50-over format and I feel Twenty20 cricket will dilute those products a little bit,” he said here at a programme organised by a global investment bank.

Twenty20 cricket has been a big hit since its conception in 2003 in England and the multi-billion dollar Indian Premier League has become the most successful domestic tournament.

“I know Australia are trying to create a domestic T20 league), England are trying that, South Africa have their own Twenty20. It brings crowds to the game in the domestic format that other forms of the game don’t,” Kirsten said.

But the newly-appointed South Africa coach felt that attempting to find space for Twenty20 matches in an already crowded international calendar was not the right idea.

“The Future Tours Programme (FTP) doesn’t allow for too much Twenty20 cricket. They (ICC) are trying to fit them in schedules and trying to find a space for them here or there.”

“You can’t extend tours longer than six weeks. That has been an almost unwritten thing now that they want to keep tours as short as possible,” Kirsten said.