Hailing from a humble background with limited resources to keep life afloat, the sudden fame took the young kid by surprise.

New Delhi: Life for 15-year old Kalyan boy Pranav Dhanawade changed overnight when he hit an epoch-breaking 1009* off 323 balls during an HT Bhandari Cup inter-school tournament game for Arya Gurukul School back in 2015. Thanks to his Mumbai roots, instant comparisons with Sachin Tendulkar started. Hailing from a humble background with limited resources to keep life afloat, the sudden fame took the young kid by surprise.

Not much was heard about the cricketer touted to be the next Tendulkar in the following seasons, whereas his contemporaries like Prithvi Shaw and Arjun Tendulkar lapped up IPL contracts. In a candid conversation with Ankit Banerjee of CricketCountry, the now 21-year old looks back at the missed opportunities, where he may have missed the trick and the pressure of expectations after the surreal knock. He also spoke of his father’s role in him to take up the game.

When asked about the expectations after scoring 1009*, Dhanawade admitted that the pressure was always there and that also made him nervous at times – which in turn has hurt his rise. “The expectation was huge after I got to the record. Every time I walked out to bat, I used to feel the pressure and that on occasions got the better of me. It became difficult for me as I lost focus at times and played a loose shot,” Dhanawade said.

During the conversation, Dhanawade reckoned that inconsistency has hurt him badly. The 21-year old feels not getting picked for the Mumbai U-19 squad was a major setback in his cricketing journey. And with the pandemic and lockdown in the country and no trials for the last two seasons, he feels he has missed two important years of U-23.

“I missed out on making the U-19 team and that is because I was inconsistent at times. I am working on that aspect of my game. Another setback would be the pandemic. I have already missed out on two years of U-23 because there have been no trials. Now, I would like to get prepared for making the Ranji team,” he added.

Stay hooked to this space for the second part of the candid conversation with Pranav Dhanawade. 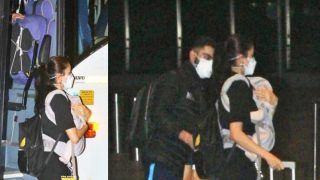 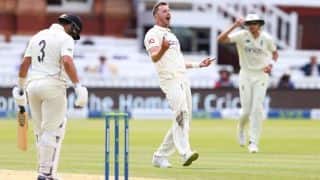