While a national call took the left-arm seamer by surprise, it was all that he dreamt of every time he got the ball in his hands.

New Delhi: Born and brought up in a small village of Nargol, Arzan Nagwaswalla has already caught the eye of the nation by becoming the first Parsi player since 1975 to come into reckoning and compete for a spot in the national team. The former India wicket-keeper Farokh Engineer was the last Parsi player to have played for India, at a time when Nagwaswalla was not even born.

Talking about his reaction of getting selected as a stand-by player for India in the World Test Championship final to his favourite moment, the 23-year-old left-arm seamer spoke exclusively to Ankit Banerjee of CricketCountry in a free-wheeling chat that gave us a sneak-peak about his life in the bubble, the pleasing prospect of rubbing shoulders with some of the biggest names in the country and much more.

While a national call took the left-arm seamer by surprise, it was all that he dreamt of every time he got the ball in his hands.

“It has to be my maiden wicket. It was a four-day domestic game where I got the wicket of Yusuf Pathan. I can still recall that moment,” Nagwaswalla’s eyes lit up while recollecting his most memorable wicket.

“To be honest, no. It came as a surprise to me. I was returning home after the IPL was suspended. On my way, I got a call from a member of the Gujarat Cricket Association. That is when I got the news that I have been selected. It is like a dream come true. I am a late starter when it comes to cricket and hence to get a national call so early was extremely rewarding,” said Nagwaswalla.

When asked about former Pakistan captain Wasim Akram, one of the greatest left-arm bowlers to have played the game, and Irfan Pathan whose incoming deliveries to right-handers would have made Akram proud, Nagwaswalla said that although he has not got the opportunity to meet any of them he would love to catch up with them someday and get some tips on his bowling.

“No, not as yet, but would love to meet them and get some tips on my action and bowling,” added the left-arm seamer.

Talking about his disappointment of not getting picked for an IPL side in the auctions, the Gujarat pacer said, “Yes, I was expecting to get picked for an IPL team. But not getting picked did not bog me down, if anything it made me more motivated to get better at my art. I am 23, I have time on my side and if I can focus on my game and look to improve it, IPL would happen sooner rather than later.” 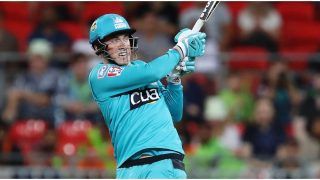 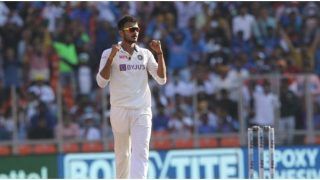