Tendulkar threw his weight behind his former opening partner to find success as BCCI president. Cricket legend Sachin Tendulkar on Thursday backed his former opening partner and the president-elect of the Board of Control for Cricket in India (BCCI) to play his new role well.

Ganguly, the former India skipper and the Cricket Association of Bengal (CAB) president, is set to be elected opposed as the BCCI president on October 23 at the Indian cricket board’s Annual General Meeting.

Tendulkar, who was speaking at the launch of the Road Safety World Series League, where he will be captaining the Indian team which is set to feature his former teammates – Virender Sehwag, Ajit Agarkar, Zaheer Khan and RP Singh, said that Ganguly will serve as BCCI president just like he played his cricket – with passion and same focus.

“The way he played his cricket, the way he has gone out and served the nation, I have no doubt that he will serve (as BCCI President) in same capacity and in the same manner, with same passion and same focus. That is what I know of him,” said Tendulkar.

Talking about the league, Tendulkar said: “I will practice and all these cricketers are geared up. We shot a film yesterday, so everyone is charged up and it is a good feeling to be back on the field again after a long time but as I said earlier also, whenever you walk on the field the feeling is different.” 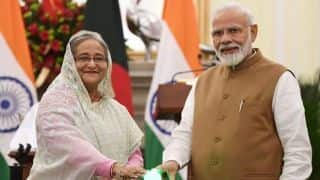 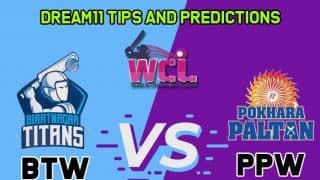