A picture of KL Rahul is going viral where his knee can be seen heavily strapped while he arrived in Chandigarh for the 1st T20I.

Mohali: India and Australia are set to lock horns in a high-profile three-match T20I series, starting September 20 in Mohali. India will be looking to return to winning ways after a poor show in the Asia Cup where they failed to reach the final after losing to Pakistan and Sri Lanka in the Super four. Meanwhile, a few reports are circulating on social media that KL Rahul has been ruled out of the 1st T20I against Australia after suffering a knee injury.

The reason for these speculations is a picture of KL Rahul which has gone viral on social media. The picture seems to be taken when Rahul arrived at Chandigarh airport for the 1st T20I. In the photo, Rahul’s knee can be seen heavily bandaged which has given rise to the speculations that the Indian opener has been ruled out of the 1st T20I against Australia. However, there has been no official announcement regarding the same from the BCCI or any authentic source.

Meanwhile, India skipper Rohit Sharma attended a pre-series press conference on Sunday where he confirmed that KL Rahul will be opening for India in the T20 World Cup. Rahul had a mediocre Asia Cup and fans were upset over his conservative approach. Many wanted India to open with Virat Kohli, but Rohit Sharma backed KL Rahul and said that Rahul has done well for India and a couple of failures should not be a parameter to judge a player.

“KL Rahul, according to me, will play the World Cup, and open. His performances for India tend to go unnoticed. He is a very important player for India. If you look at his record over the last two-three years, it is very good. I don’t think it is right to not consider one performance because someone else has performed. We are clear what is cooking but I want to make it clear for people. There is no confusion. We are very clear about what KL brings to us. He is a very, very important and a quality player, and a match-winner as well. His presence at the top is very, very crucial for us,” said Rohit Sharma. 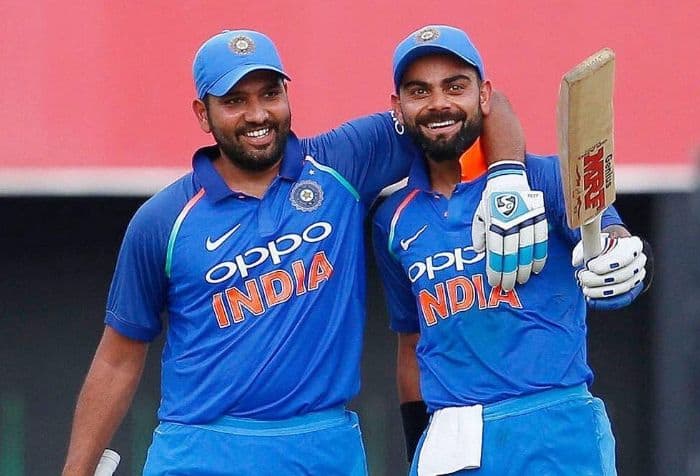 IND vs AUS T20I: Virat Kohli-Rohit Sharma On The Verge Of Creating History Once Again - Check Out