Dale Steyn who was struck by heel injury during the first Test against India is unlikely to make it to the Test squad before third Test at Cape Town on March 22.

Faf du Plessis has not been part of the South Africa squad since the limited-overs series against India. Aiden Markram has took over the reins. South Africa will have to continue without the services of du Plessis for the first Test against Australia as well. Temba Bavuma and du Plessis are still nursing their broken fingers. Meanwhile, AB de Villiers and Quinton de Kock are likely to be fit ahead of the first Test.

De Villiers and de Kock are recovering from knee and wrist injuries respectively. On the other hand, Dale Steyn, who was struck by a heel injury during the first Test against India, is unlikely to make it to the Test squad before the third Test, at Cape Town on March 22.

South Africa s team manager Mohammed Moosajee gave injury update on the players and spoke about the availability of du Plessis and Bavuma to ESPNcricinfo: We’ve obviously had a lot of senior guys out injured and it’s had an effect. But we are sure AB and Quinton will be ready for the first Test and we are hopeful Faf will be. When he was diagnosed [on February 2] we knew he would require four to six weeks recovery time, which takes us, at the earliest, to the first week in March. So we have to take it on a week-by-week basis and see how he is progressing. The same with Temba, though he might be out for a week more than Faf.

The South Africa squad for 4-Test series against Australia is to be named later this week. The first Test will commence March 1 at Kingsmead in Durban. 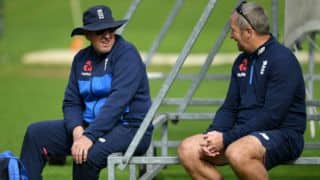