Johannesburg: South Africa‘s T20 skipper Faf du Plessis has praised his young team after their emphatic 2-0 Twenty20 International (T2oI) series win over Bangladesh on Tuesday. The skipper was very happy with the way his players ‘outsmarted’ a confident home side in all departments of the game. Bangladesh coming off two crucial series wins were unable to carry the momentum forward. Read: Bangladesh vs South Africa 2015, 2nd T20I at Dhaka: Highlights

Du Plessis said they played exceptionally well and he was very proud of the boys for the 2-0 win, as they had tough conditions in Bangladesh, Sport24 reported. He added that it was important to make a statement early on in the tour ahead of the one day series starting on Friday. Read: South Africa’s tour of Bangladesh: AB de Villiers rested from ODI series to serve suspension 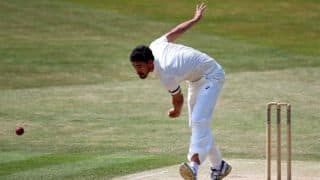