The total proved to big for the under-performing RCB, who ultimately lost the clash by 27 runs to MS Dhoni‘s men. For CSK, Suresh Raina and Dwayne Smith put in brilliant performances to set the tone with scores of 62 and 39 respectively, however when CSK started losing some wickets and the going got tough du Plessis put his hand up and finished well. Full scorecard: Royal Challengers Bangalore and Chennai Super Kings Match 20 IPL 2015

According, to the South African batsmen he is only learning the skill of finishing matches now as he’s more accustomed to coming higher up the order. He’s enjoying his new role in the team, according to iplt20.com. Ashish Nehra registers best figures in T20s in RCB vs CSK IPL 2015 match at Bangalore

“I am a power-hitter when I am opening the batting but coming in at the latter stage and hitting is a different skill. I am not used to it but I am learning. My batting position is flexible in the team,” du Plessis said. “I’ll just do whatever the captain and the coach tell me to do.” Nehra stars as CSK beat RCB by 27 runs

He acknowledges the good that will come out of him batting lower down the order. “It (being a finisher) is a new thing for me and something that I want to improve on. My whole life I have batted higher up the order and it is good for my game that I have been given an opportunity to learn how to finish games.”

He was all praise of the bowling effort on part of the CSK attack which sealed victory for the side. “The bowlers put in an amazing effort. I think the wicket was a little bit up and down and not the flattest wicket you generally get here. It was good to bat on but it was quite challenging if you were a new batsman at the crease. But I thought our bowlers bowled really well; they were full enough and maintained the accuracy,” he said. 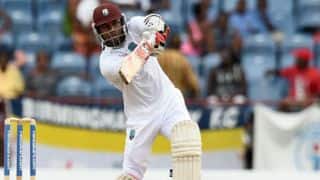 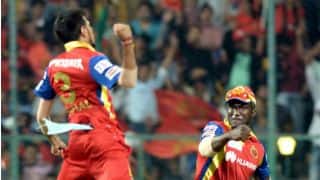