Following South Africa s clinical 3-0 sweep of Zimbabwe, skipper Faf du Plessis expresses content after the side s win in the final ODI. South Africa s batting hadn t really fired in the first two matches, as in the first ODI, they lost five wickets chasing Zimbabwe s 117 and were bowled out 198 in the second game in Bloemfontein. However, in the final match at Paarl, South Africa successfully overhauled Zimbabwe s 228 to win the match by four wickets, courtesy Reeza Hendrick s 66 and another half-century from Heinrich Klaasen.

“It was good to see a few guys getting in and playing some really good innings which is something we would have liked to see a bit more of in the series. Reeza [Hendricks] and Klaasie [Heinrich Klaasen] played really well for us, said Du Plessis during the post-match press conference.

Legspinner Imran Tahir had decimated Zimbabwe s batting in the second ODI with 6/24, including a hat-trick. Hence, it was not surprising to see Tahir open the bowling for South Africa in the third ODI along with Dale Steyn. The skipper added that the decision to hand the new ball to the legspinner was about trying out a few different things.

“The bowling was really good in all three games. I was also really happy the way that Imran [Tahir] opened up the innings. It s something that just adds a different dimension to us as a bowling attack, so I m very happy that he did that well,” added Du Plessis

“A lot of guys are so used to facing pace on as the opening pair so from the brains trust thinking it will be to expose that whenever that comes across our path. At least he had the opportunity to try that out before the World Cup. We want Imran to always try and get wickets because the best way to try and stop a team is to take wickets, said Du Plessis.”

Of the many positives South Africa would take from the series would be the triumphant return of Steyn. The fast bowler picked up five wickets in the two games he played, finishing with figures of 2 for 19 and 3 for 29, and scoring 60 runs at Bloemfontein. Steyn has been vocal about his ambition of playing the World Cup next year, and although Zimbabwe may not be a challenging team as compared to the rest, it s always good to get some match form behind.

“Dale has certainly put a peg in the ground to say that he is still very much good enough to play one-day cricket for South Africa and it s nice for us because the holes are slowly but surely starting to fill up,” the captain said. “We need three wicket-taking fast bowlers and we ve got that in Dale, Lungi [Ngidi] and KG [Kagiso Rabada] and they are very, very different. Dale is still bowling quick but he s also got his skill factor which is right up there, so we re very happy with the three of them where they are.” 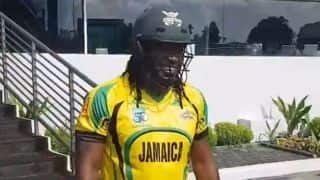