Du Plessis is likely to back in the five match One-Day International (ODI) series though.

South Africa will be resting their regular T20 International (T20I) captain Faf du Plessis for the third and final T20I against West Indies at Durban. In his place, Justin Ontong will take over the captaincy. Du Plessis is likely to back in the five match One-Day International (ODI) series though.

South Africa have lost the three-,match series already and at Durnban they will miss du Plessis both as a batsman and skipper. He scored the second fastest century in T20I, off 46 balls, on Sunday but South Africa lost the match and the series.

“Faf has been rested for the last T20 as a precautionary measure ahead of a busy ODI period over the next three months. He has a longstanding hip niggle and any amount of rest will be beneficial to him in the long run.” Proteas team manager Mohammed Moosajee said in a statement released by Cricket South Africa on Tuesday. 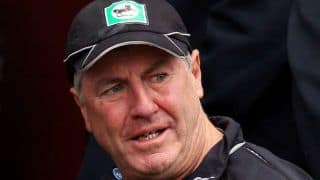