South Africa have confirmed Faf du Plessis will continue to captain its Test side, but they may soon have a new leader in white-ball cricket.

South Africa have confirmed Faf du Plessis will continue to captain its Test side, but they may soon have a new leader in white-ball cricket as they chart a course for the 2023 ODI World Cup.

There was uncertainty over the future of du Plessis as the captain after head coach Ottis Gibson was sacked following a disastrous ODI World Cup campaign in England. However, on Tuesday Cricket South Africa’s acting director of cricket Corrie van Zyl put few of the speculations to rest.

“Faf will be the captain of the Test team and then we will talk about the white-ball strategy to 2023 and how that will affect decision-making,” van Zyl said during a press conference on Tuesday.

“It’s important to look forward to 2023 as well. We need a strategy to 2023, so in terms of appointing the captain we will look at how we approach that. We are having a selection meeting in the next day and a half to confirm that,” he added.

South Africa finished a low seventh among the 10 participating teams at the ICC Cricket World Cup 2019.

Ahead of the senior team’s tour, South Africa will be sending its A team to play India A in five unofficial ODIs followed by two unofficial Tests in late August. 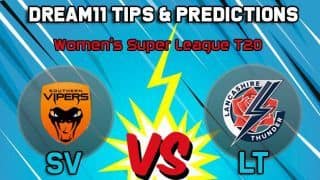