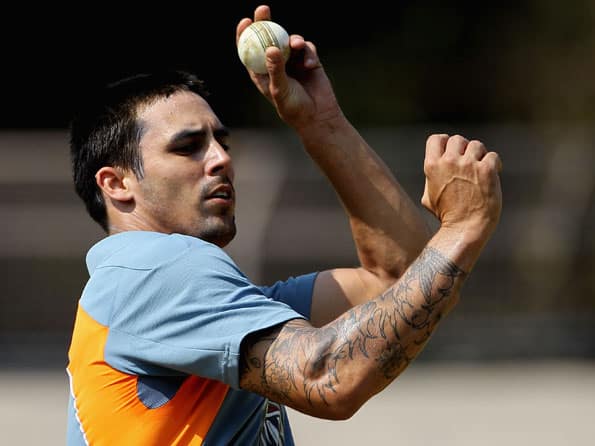 Johnson has hardly troubled the South African batsmen in the ongoing Test series in South Africa. He ended up with match figures of 1-144 in the second Test and is in danger of being axed for the upcoming series against New Zealand and India.

In a bid to recapture his form, Johnson shortened his run-up midway through the second Test in Johannesburg but that too proved futile as the Proteas played him with ease.

De Villiers, now a renowned bowling analyst, has kept a keen eye on the South Africa and Australia series and believes the Queenslander can bounce back from his recent slump in form with right mentoring.

‘I would like to help him, I was a swing bowler for 19 years … guys like myself and (Pakistani pace legend) Wasim Akram used to spend hours and hours analysing swing bowling,’ de Villiers was quoted saying by the Courier Mail.

‘I can give him good advice. I really hope Mitchell gives me a ring. If he rings me, I can tell him what he needs to do. He needs to change.

‘He needs to understand the way you run in, the way you bowl, how to use angles, and I don’t think he understands it,’ he added.(IANS)