As their shining 'Knight' turns into a 'Warrior', the cricket crazy Kolkatans are ready to switch allegiance with Pune franchise for the remainder of IPL. 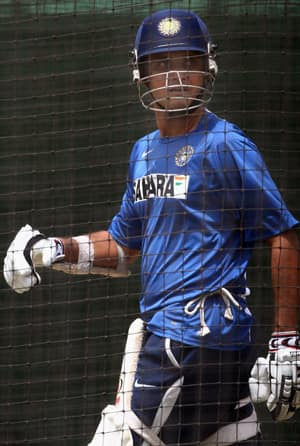 Sourav Ganguly inclusion in Pune Warriors has been welcomed by fans and former cricketers. Getty Images

As their shining ‘Knight’ turns into a ‘Warrior’, the cricket crazy Kolkatans are ready to switch allegiance with Pune franchise for the remainder of IPL.

The news came as a biggest joy for the fans in Kolkata who were left dejected after Shah Rukh Khan and co decided not to retain the former India captain in the KKR squad this season.

Ganguly’s fan club page in Facebook that has more than 40,500 fans was abuzz posts and feeds after the news spread in the morning. From cliched posts such as “The King is back,” to “Reason enough to start watching IPL all over again,” the Dada fans flooded the social networking site.

His fan club has also marked May 19, the day Pune Warriors take on Kolkata Knight Riders in Navi Mumbai. “It will be interesting if Ganguly hits a century against KKR (on May 19),” a member of the fan club Gaurav Kapla posted.

Former India wicketkeeper Saba Karim said Ganguly had always loved challenges and this would be one of them. “The Sourav I have known loves challenges. He will only focus on his game. He does not have to prove anything. He has done it so many times — with Team India and IPL in previous editions.”

“He has the drive and the hunger. His contemporaries are doing well and I think he is fit enough. IPL demands more intensity, a lot of travelling and a hectic schedule, those will be his challenges. He has to come out with good performnaces to inspire the side. If he gets going, he will bring in the turnaround,” the 43-year-old Karim said.

Former India player-turned-commentator, Arun Lal said Ganguly would add value to the side. “I am very very happy for Ganguly. He won’t disturb the balance of the foreign players. With the Pandeys and Mithuns not doing well for the team, I am sure Ganguly will do a better job.”

Bengal’s Ranji Trophy winning skipper Sambaran Banerjee said, “It’s a great news for Bengal cricket. I wish him all the best to do well for Pune. Ganguly will certainly add value to the side.”