Sachin Tendulkar scored an excellent 74-run knock in his farewell Test innings at a strike-rate of 62.71.

It was probably the most emotional day in the history of Indian cricket as the greatest cricketer of the nation Sachin Tendulkar was retiring from the game at him home ground of Wankhede Stadium, Mumbai. On this day in 2013, Tendulkar made his retirement day more memorable with his retirement speech, which was too emotional and bring tears in many eyes. Tendulkar’s carer spanned more than 24 years and he called it a day after playing the second Test against West Indies. India beat West Indies by an innings and 126 runs to end the series by winning it with 2-0. ALSO READ: 10 lessons from Tendulkar s retirement speech

The focus was surely on Tendulkar and crowd use to cheer on India’s first two-wicket. Because after the first two-wickets, Tendulkar was expected to arrive at the crease and every spectator in the stadium wanted the same to witness. He scored an excellent 74-run knock in his farewell Test innings at a strike-rate of 62.71. Fans were not happy with the fact that Tendulkar missed his ton. His innings ended after he edged to first slip on the second day and catcher was West Indian captain Darren Sammy, who did not celebrated after taking that catch. The match ended on the third day.

Post match, there was a stirring speech, followed by a victory lap of the stadium. In the end, Tendulkar went to the pitch to pay his respects, which has made him the greatest cricketer of the nation. On his third anniversary of retirement, fans on social media are going mad and expressing their emotions by tweeting it.

It has been 3 Years since this Happened. One of the best cricketing moments ever #ThankYouSachin @sachin_rt pic.twitter.com/g2PwQ12XVp

3 yrs back on this day, cricket died… Atlst for me

Without you @sachin_rt its just another ordinary sport now#ThankYouSachin

3 Years Ago This All Happened@sachin_rt Last Day In Int. cricket

And Many People Cried After that#ThankYouSachin

We Miss You God ! pic.twitter.com/avAMbaO4BD

The day our nation suffered a heart break & a river of tears flowed after one man’s retirement speech.#ThankYouSachin #YouAreFirstLove

#ThankYouSachin for my love towards cricket. U will remain my favorite N we will love U always.

All I can say is #ThankYouSachin being what you are & things you did for the nation. You are a gem. You are GOD OF CRICKET @sachin_rt

On this day in 2013, 1st time i cried like a kid watching Cricket #ThankYouSachin you’ll never retire from my heart pic.twitter.com/zAXZJjfncK

You’re the reason the Indian players are effulgence today #ThankYouSachin

Later, Tendulkar along with Shane Warne came up with the concept of All-Stars Cricket League, where two-teams will play against each other, which will include only former great players. 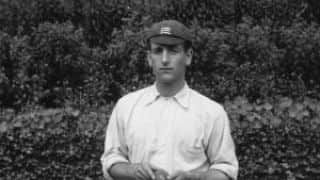