Fans ignore rules to watch Murali for the last time

Fans ignore rules to watch Murali for the last time 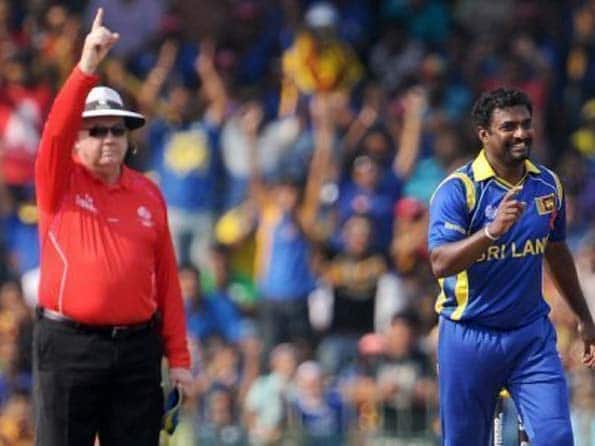 Sangakkara said that when his team suffered a worrying wobble by losing four quick wickets chasing 218 to win, it was the thought of the 38-year-old playing in Saturday’s final which drove them on.

“It was the last game for Murali in Sri Lanka and we really wanted to give him a good send-off,” said Sangakkara of the off-spinner who will retire after the tournament.

Tillakaratne Dilshan (73) and Sangakkara (54) set the foundation at a packed R. Premadasa stadium for the win which gave Sri Lanka, the 1996 champions, a place in the Mumbai final against either India or Pakistan.Muralitharan, who played in the 1996 team, took his 534th wicket off his last ball on home soil as New Zealand were bowled out for a below-par score of 217 in 48.5 overs.

Sri Lanka, cruising along at 160-1 in reply, lost four wickets in the space of 25 runs to raise fears of an unlikely defeat before Thilan Samaraweera (23 not out) and Angelo Mathews (14 not out) guided them home.

“Murali is the icon of Sri Lanka, on the field, off the field, a fantastic human being and a great team man,” added man-of-the-match Sangakkara. But he added: “We haven’t won anything yet, we have just reached the final.”

For New Zealand, who had shocked South Africa in the quarter-finals, there was the disappointment of having lost a sixth World Cup semi-final. “We set up a great start, but we lost too many wickets at the end,” said captain Daniel Vettori who signed off as ODI captain on Tuesday. “The top order really set it up but we missed out by not capitalising on that. I think that’s where we lost the game.

“We have been an outstanding fielding side all tournament, we fought hard but it wasn’t enough today. Sri Lanka are going to be a tough side in the final, particularly with their bowling unit.”

We did it for Murali: Sangakkara