Brett Lee believes that defending champions Australia have got it in them to go the distance in the upcoming 2019 World Cup in England and Wales.

Brett Lee believes that defending champions Australia have got it in them to go the distance in the upcoming 2019 World Cup in England and Wales.

Lee, a two-time World Cup winner, said that injury to fast bowler Jhye Richardson shouldn’t cause the Aaron Finch-led side too much trouble as the likes of former skipper Steve Smith and David Warner have returned to bolster the squad.

“They can go as far as they want to go. They are a good team. There has been an injury for one of the fast bowlers and Jhye Richardson is out of the World Cup, but Kane Richardson has been brought in. Look, any side that goes to the World Cup will be very well prepared. It’s all about who adapts well to the English wickets,” Lee said.

Richardson had suffered a dislocated shoulder during the series against Pakistan in the UAE and is only expected to return to full fitness for the Ashes tour that takes place after the World Cup.

Australia have been suffering in ODI cricket over the past couple of seasons and their situation was made worse with the bans imposed on Smith and Warner in the wake of the 2018 Sandpaper Gate fiasco. However, the Australians have seen a reversal of fortunes in 2019. They beat Virat Kohli and boys 3-2 on Indian soil and most recently recorded a 5-0 win over Pakistan.

Lee also stated that one shouldn’t be tricked into thinking that pacers will have a great time at the World Cup simply because it is in England. “We’ve got to keep in mind what time the tournament will be played. It is in June and July and the wickets over there aren’t really conducive to fast bowling at that time of the year,” the pacer explained.

“So a lot of people think it will be a bowler’s wicket, but it’s not necessarily the case. I think they will be okay with the brand new ball, but once the shine goes from the ball it’s going to be hard work for the fast bowlers,” he said. 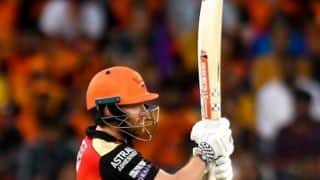 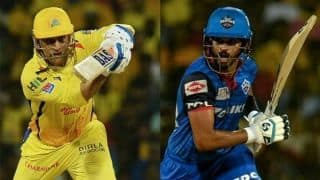