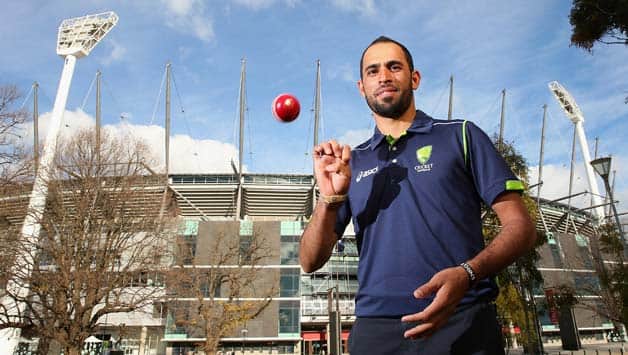 After getting the news last week that his citizenship application was successful, Wednesday’s ceremony completed the fulfillment of a dream for the 31-year-old Ahmed.

“It is a great day for me and it has been a dream of mine to become a citizen of Australia ever since I arrived here at the beginning of 2010,” rejoiced Ahmed.

“Thank you, Minister Brendan O’Connor, Minister Chris Bowen and everyone in the Parliament for all their help.

“And thank you, the great people at Cricket Australia, Cricket Victoria and Melbourne University Cricket Club for the support. This would not have happened without them.”

Cricket Australia (CA) CEO James Sutherland expressed his joy at Ahmed becoming an Australian citizen: “This is a proud day for Australian cricket. Fawad Ahmed is a talented cricketer, but most of all he is a wonderful human being.”

“He has confronted many challenges along the way, so today [Wednesday] is a day for celebration. We are incredibly happy for him,” he added.

“In addition, Cricket Australia expresses its gratitude to all members of the Commonwealth Parliament, but in particular to former Minister for Immigration and Citizenship Brendan O’Connor for pursuing and supporting the necessary changes to the Citizenship Act,” Sutherland said.

Ahmed played just 10 First-Class games in Pakistan with little success before he took political asylum in Australia, claiming death threats from the Taliban because he was involved in a charity promoting women’s education.

While he awaited a decision, Ahmed was trying to come to terms with the fact that he might be sent back to Pakistan, and his home region of North West Frontier Province on the Afghanistan border.

Ahmed will depart this weekend for Australia A’s VB Tour of Africa, to take part in a month-long series of matches in Zimbabwe and South Africa.