As West Indies team continues to struggle, Trinidadian commentator Fazeer Mohammed believes that the decline in the Caribbean cricket is not recent.

Karachi: As the once-formidable West Indies team continues to struggle, Trinidadian commentator Fazeer Mohammed believes that the decline in the Caribbean cricket is not recent as it was started a decade back in 1997. Currently working on an assignment to cover the ongoing West Indies series against Pakistan in the UAE, Fazeer insisted the slump in the Islanders cricket started when they lost the first two Tests by an innings and the third Test by 10 wickets against Pakistan in 1997. To be honest, the West Indies have been in decline since 1997 to the present time; that means, even before the advent of Twenty20 cricket, we were already in the doldrums so that speaks about a bigger issue about the management structure of West Indies cricket. We are still unreasonably insisting on levels of excellence on the field and off the field when the decline started some time ago as far back as 1997, which incidentally was the one and only time I was in Pakistan, Fazeer was quoted as saying by PakPassion.net. FULL CRICKET SCORECARD: Pakistan vs West Indies, 2nd Test at Abu Dhabi

While answering a question whether it is the advent of Twenty20 cricket that led to the slump in Test format in the region, the Trinidadian commentator insisted that the decline is not because of the players opting for lucrative tournaments. It might be in the sense that since the advent of Twenty20s in 2003 and then the World Twenty20 tournaments and then the IPL in 2008, there are these huge lucrative opportunities for players from all over the world, especially from West Indies, he insisted. West Indies ban commentator Fazeer Mohammed for criticising players on Australia tour

Twenty20 cricket probably exacerbated the problem since the players are now saying that I can t be bothered with all of this and I m going to sign on and play Twenty20 cricket all over the world but to be fair, and I repeat, that our problem started long before that and what you can say is that essentially the West Indians and West Indies have been the architects of our own decline; we really can t blame anybody else, Fazeer added. Fazeer, however, admitted that players are getting inclined towards the money-driven T20 tournament because the country s economies are failing to sustain cricketers at this level. Pollard: WI meltdown started following Simmons’ sacking

In the West Indies, you have a situation where our economies are so small you are talking about probably six to seven million people in so many different islands with different economies struggling and so on. It s therefore impossible for our economies to sustain cricketers at the level that you will see in the other parts of the world. So, it s only natural that for example Sunil Narine before he had even played a couple of Test matches, was offered $USD 700,000-800,000 by the Kolkata Knight Riders; how would you expect a young person to turn that down, he said. 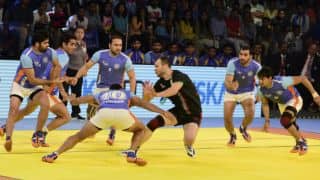