Indian Men's Hockey Team fought with bravery against Olympic champions Belgium but ended up on the losing side.

Antwerp: Indian Men’s Hockey Team fought with bravery against Olympic champions Belgium but ended up on the losing side as the hosts beat them 3-2 in the second leg of their double-header this weekend at the FIH Hockey Pro League here in Antwerp.

It was Abhishek (25′) who scored the match’s first goal while Mandeep Singh (60′) scored a late goal for India. Nicolas de Kerpel (33′) and Alexander Hendrickx (49′, 59′) were the goal scorers for the hosts. With this win, Belgium have pushed India to third place in the pool standings while the Netherlands continues to lead the table in this season’s prestigious FIH Hockey Pro League.

It was hosts Belgium who got off to a flying start, showing their will to bounce back after losing to India 4-5 in a tense shootout on Saturday. After a few attempts, Belgium found an early opportunity in the 7th minute through a PC but a poor variation denied them a lead. Three minutes later, Jarmanpreet’s assist to Sukhjeet Singh at the top of the circle opened up a brilliant chance for India to take the lead but Sukhjeet’s shot went over the goalpost. Both teams played the next few minutes with caution, rotating the ball tactfully creating space but neither team were successful in scoring a goal.

After showing patience in their game, India finally broke the deadlock in the 25th minute when Gurjant teamed up with Lalit Upadhyay to set up a brilliant goal by Abhishek. Ahead by 1-0 at half-time, India came out of the ten-minute half-time break with a clear intent to increase their lead.

Harmanpreet Singh created one such opportunity when he assisted experienced forward Akashdeep Singh with a brilliant long pass only a minute and a half into the third quarter. Poised on top of the circle, Akashdeep took a strong shot on goal but it went straight to the Belgian goalie Vincent Vanasch who padded the ball away.

Only moments later, Belgium scored a splendid goal in the 33rd minute when a good interception dispossessed India, setting up a brilliant run into the circle where Arthur de Sloover set up Nicolas de Kerpel to score. Kerpel sneaked the ball past India’s vigilant custodian Sreejesh, into the extreme right corner of the post. The goal fetched the hosts a much-needed equaliser as they built on this attack to create many more opportunities in the following minutes.

The hosts succeeded in extending their lead when they were awarded a PC after a foot foul by Indian defenders inside their circle. Alexander Hendrickx was on target firing the ball past India’s PC defence.

With just five minutes left for the final hooter, India found a fine opportunity when they won a PC after a good video referral call. But dragflick specialist Harmanpreet’s aim to net the top of the post was pushed away by Belgium’s experienced goalie Vanasch.

With just minutes left before the final hooter, Belgium put India under pressure when they drove into the striking circle. This was when a desperate body tackle by Sreejesh saw India concede a penalty stroke which was converted by Hendrickx with ease.

Though, India fought back to the final second, with Manpreet Singh setting up India’s second goal when he assisted Vivek Sagar in the circle. A quick-thinking Vivek pushed the ball to Mandeep Singh who deflected the ball past Belgium’s keeper to narrow the lead to 2-3. But unfortunately, with just 30 seconds left, India’s excellent fightback ended in disappointment.

On 18th June, Indian Men’s Hockey Team will take on the Netherlands in the first of the double header at 2000 hrs IST in Rotterdam. 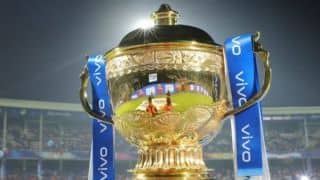