Find out Sachin Tendulkar's advice for his son Arjun Tendulkar

Find out Sachin Tendulkar's advice for his son Arjun Tendulkar

Arjun Tendulkar is currently playing for Cricket Club of India on their Australia tour.

Arjun Tendulkar is busy making his own name in cricketing circles.Despite being the great Sachin Tendulkar s son, he has not been given a silver-spoon on the field, and is doing the whole nine-yards. Currently playing in Australia for the Cricket Club of India, Arjun produced an all-round show against a Hong Kong base side, picking 4 wickets in a T20 match.

Speaking about his love for the game, Arjun told Australian Broadcasting Corporation, “I used to play taekwondo, cricket, football, swimming and somehow cricket kicked in and everything else took a back seat.

Arjun also opened about what advice his dad gave him. He mentions, “[Dad says] just play fearlessly, play for your team, be a team man and give everything you’ve got.”

Talking about his playing style, Arjun said: “I don’t take that pressure. When I bowl I just hit the deck hard on every ball and when I bat just play my shots and choose which bowlers to take on and which bowlers not to.”

Arjun will next play at the SCG, one of father Sachin’s favourite ground where he holds an excellent record. 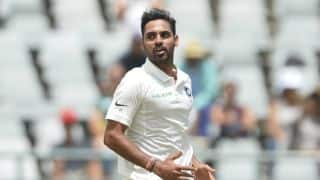 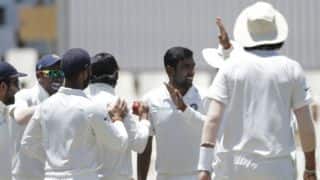