Everything was going fine but another controversy has hit his door and this time his wife Sakshi's name is being involved.

Indian captain MS Dhoni and controversy walk hand in hand. Since he made his debut in international cricket, there has always been some controversy around him and he has handled each of them quite well. He is probably the best controversy-handling cricketer. Be it about leading the side or something off the field, which is related to his personal life. Of late, everything was going fine but another controversy has hit his door and this time his wife Sakshi‘s name is being involved. An FIR has been lodged against Dhoni’s wife and three others under section 420 of the Indian Penal Code (IPC).

As reported by DailyBhaskar, Sakshi along with Shubhawati Pandey, Pratima Pandey and Dhoni’s close friend Arun Pandey are the four names against whom FIR has been filed. These four people are the directors of Rhiti MSD Almode Pvt. Ltd. and have shares in Sportsfit World a gym and fitness center. Co-director Dennis father of Vikas Arora owns 39% shares in Sportsfit World Private Limited and because of some issues, directors of Rhiti MSD Almode Pvt. Ltd. decided to purshase shares from him. According to Dennis, an agreement was signed for approximately INR 11 crores but he was paid only INR 2.25 crores and the four of them have surpassed the due date, which was of March 31. Because of failure of payment, Dennis lodged a complaint against directors at Sushant Lok Police station, Gurugram. ALSO READ: MS Dhoni s relatives in ancestral village deprived of watching MS Dhoni: The Untold Story

Though, Arun Pandey claims that they have paid more than the shares Arora transferred. He also said that Sakshi left the company almost a year ago, so there is no logic of a case registered against her. Also, the case is currently pending before arbitration after Delhi High Court s order and in such situation, a case should not have been registered in the first place. 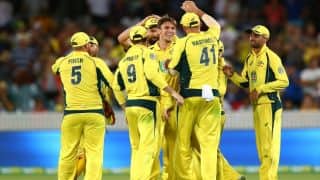