West Indies' talented batsman Adrian Barath blamed the early morning start and the batsmen's poor application for the batting collapse in the first innings on the third day of the second cricket Test against India at the Eden Gardens on Wednesday. 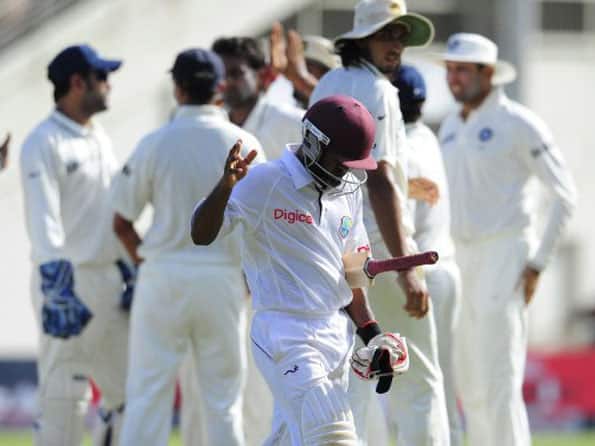 West Indies’ talented batsman Adrian Barath blamed the early morning start and the batsmen’s poor application for the batting collapse in the first innings on the third day of the second cricket Test against India at the Eden Gardens on Wednesday.

“It is probably the first time I have ever seen that. But be that as it may, I think that was obviously difficult for us batting that early in the morning,” the 21-year-old batsman told reporters here.

To make up for the lost overs, the authorities decided to start play at 8:30 a.m. Wednesday, half an hour before the normal time. On Thursday also, the match will start at 8:30 a.m.

Barath said it was something new for the West Indies players.

“Usually warm-up starts at 8:30 and we were starting the first ball. It was something new for us,” he said.

Barath, who got only one in the first innings, batted well in the second innings to score 62 while adding 93 for the second wicket alongside Kirk Edwards.

In the first innings, the West Indies were bundled out for only 153 and forced to follow on.

“I think it was just a matter of application in the first innings. The conditions were also a bit difficult for the openers,” he said.

Barath said the visitors, who made 195 for 3 at stumps, had assessed the wicket better in the second knock.

“Obviously, it was about assessing the wicket. I think we did not bat as well as we should have in the first innings. Basically we learnt from our mistakes in the first innings and we applied ourselves a bit more. It shows that as a team we are capable of playing spin well,” he said.

Barath said not out batsman Shivnarine Chanderpaul (21), who completed 2,000 Test runs against India Wednesday, would be the key if the West Indies were to make India bat again. The West Indies were also pinning their hopes on the other unbeaten batsman Darren Bravo (38).

“I think they just need to continue batting as long as possible and make India bat again. We need to bat all day tomorrow and come back on the fifth day.”

Barath said due to his injury, he had been away from international cricket for around a month, and so he wanted to get back into the groove.

“I am thankful for getting a half-century but I think I should have carried on and got a big one. That’s something I have been trying to cope with in the past year or so where I have had good starts.”

He said he was frustrated over his inconsistent performances after scoring a hundred on Test debut against Australia at Brisbane.

“The only thing I can take from it is that it makes me stronger because mentally it is very difficult. It is something I have to take into perspective where I have to learn from it. It’s a very difficult period but thankfully again I am out of that and I can keep working from strength to strength,” said Barath, whose career has been dogged by injuries.(IANS)