The southpaw has placed a higher bet on mindspace than fitness though and considers it to be the key ingredient to success. The India tour with Australia A would provide him an opportunity to prove his credentials before the Pakistan Tests in UAE

Australia Test no. 3 batsman Usman Khawaja has emerged fitter and leaner since the tour to South Africa. He now looks forward to the Australia A tour to India to establish his credentials for a more permanent stake in the Test squad. The stylish left-handed bat made his debut way back in January 2011 against England at Sydney.

In that way, he is quite on par with the currently suspended Steve Smith in terms of the number of years served for Australia cricket. He has been in and out of the squad in the sense that he has played 33 of the 83 Tests Australia has played since the southpaw made his debut. Since his recall in November 2015 though he has been quite a regular feature in the Australian scheme of things.

He has put himself through one of the most gruelling fitness schedule of his career in the past four months – the time he has spent away from international cricket.

“I’ve dropped seven kilos since South Africa I’m down to 77kg,” Khawaja told cricket.com.au. “I got just about 7:30 in my 2km time trial, which is a PB. I did jump testing the other day and I jumped higher than I have before. So all the markers have been better than I’ve had for at least the last five years.”

Prior to heading to South Africa in February, Khawaja spoke with Queensland strength and conditioning coach Paul Chapman, and Australian team physical performance coach Aaron Kellett about his fitness. “I wanted to get fitter, lose a bit of weight and keep my strength,” he explained. “I’d found it a bit difficult in the past few years, especially after coming back from my (knee reconstruction), to get in the work. It’s always hard coming back from a major injury and it’s only the last 12 months I’ve felt in a good place again, ready to go a bit harder.”

Khawaja has been ably supported by his wife in his training and has transformed a room at his home into a personal gym. “I did it all on my own pretty much,” he said. “I had a month-and-a-half on my own (after South Africa) just doing fitness stuff, going to the gym. I had a space downstairs where I’ve set up my own gym now, I invested some money in that and it’s great. I can just walk downstairs now, do what I want to do.”

Khawaja had expressed his disappointment at being overlooked for the ODIs against England in June and had a long conversation with the recently appointed Australia coach Justin Langer regarding his game. He got a better idea about his role in the Test squad going forward. “We had long conversations,” Khawaja said. “He knew I was disappointed. We had some really good chats. I know the expectations, and I know where I stand.”

Khawaja now looks forward to the India tour with the Australia A squad, which will also serve as a selection trial for the two Pakistan Tests at UAE. Khawaja would need to do his bit in India as he has not managed great returns in Asia till date, with an average of 14.62.

But Khawaja is refusing to put himself under pressure a mentality he believes has served him well in recent years. “I’m not going into any game thinking ‘I have to score runs’ I want to score runs in any game I play,” he said. “For me, the main thing is if I’m still enjoying it, and at the moment I am. That’s been my mindset the last five, six years,” he added.

” ‘JL’ (Langer) is my fifth coach of Australia now (after Tim Nielsen, stand-in Troy Cooley, Mickey Arthur and Darren Lehmann). I’ve been through it all, I’ve seen a lot of different coaches, and I’ve been in and out of the team a lot especially in my younger years. I’ve learnt to just realise there are some things you can’t control. Hopefully I can go out there and do really well in the ‘A’ stuff and the rest will take care of itself. But if I don’t, I know it’s not the end of the world,” expressed the southpaw.

The left-hander comes off a good run in the County Championship where he scored three hundreds for his side Glamorgan. “Two out of the three wickets actually turned pretty big, which was nice,” he said. “One of the games I played at Swansea, when I scored a hundred in the second innings, it was spinning the whole way through. And the first game I was facing a quality (spin) bowler in Jeetan Patel for Warwickshire, who bowled a whole heap of overs in the second innings. It was just really nice to get some time in the middle. You can bat as much as you want in the nets, but it’s never the same as putting yourself under pressure in the middle,” he said.

However, Khawaja is quite honest about the fact that fitness regimes and performance are not linked to each other. “I’ve got to be honest, I really don’t think they’re linked,” he said. “I’d love to say they are that I scored three hundreds because I’m fitter or I’m doing all this stuff, but cricket’s a skill game. But you do have to enjoy what you’re doing. I remember working my arse off before the 2013 Ashes and I went there and only scored one fifty and didn’t play well, and got dropped,” he said.

The left-hand bat gave importance to mindspace over any other factor in the final analysis. “But I probably wasn’t in a good space (mentally); if you’re doing fitness work, you’re starving yourself and you’re in a bad headspace, then I don’t reckon you’re going to score runs no matter how fit you get. But this is the first time I haven’t really given a crap about what anyone else thinks I’m doing this for myself, trying to be the best version of myself, and I’ve been enjoying it. So with that mindset, then yes, the fitness can translate (to better performances with the bat),” he said.

Australia A Tour of India

With Inputs from cricket.com.au 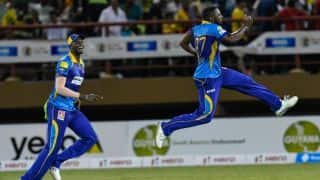