Five boys have been held ineligible to attend the Mumbai Cricket Association's U-16 off-season camp.

Five boys have been held ineligible to attend the Mumbai Cricket Association’s U-16 off-season camp after failing the bone age test, in what is being seen as a case of age-fudging.

Tanner-Whitehouse is a standard test conducted by the BCCI.

As the five boys failed it, they are ineligible to attend not only the MCA U16 off-season camp, currently underway in suburban Bandra Kurla Complex, but also for the Vijay Merchant Trophy for U16, a source said.

“The Board conducts this test every year and we have got report for five boys who have failed the test,” the source said without divulging the names.

On July 15, the MCA had released a list of 30 players for its off-season camp. With five players rendered ineligible, the cricket body will conduct a selection camp on Saturday to pick up replacements.

Meanwhile, the MCA has released a list of 33 players who have been reported for suspect bowling action and are not allowed to bowl in any of the MCA-registered tournaments till their bowling is cleared by the association. 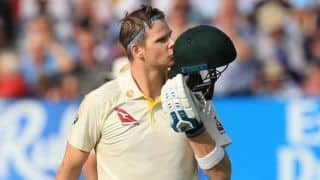