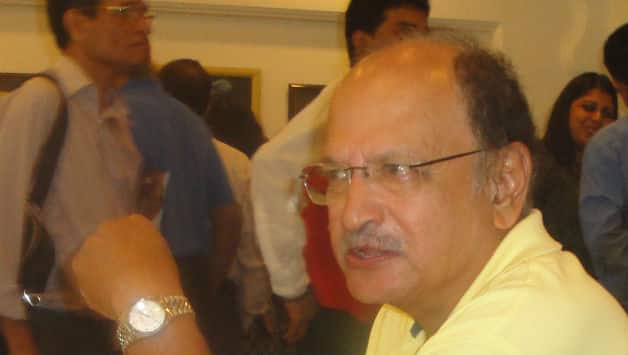 “I don’t know the details of the issue, but for a mere allegation, the punishment is quite harsh. Perhaps, he could have been reprimanded,” Wadekar was quoted as saying by MiD DAY.

Senior Board of Control for Cricket in India (BCCI) official Ratnakar Shetty was on Tuesday banned for five years by the MCA for alleging that some of its office bearers could have sold tickets of the India–Pakistan T20 International in Ahmedabad last year in the black market.

The ban is effective till June 2, 2018 and Shetty is to challenge it in a court of law, it was learnt.

Shetty is the BCCI’s general manager, game development, and the Board’s office is in the same building as the MCA at the Wankhede Stadium.

Ravi Savant further said that the ban has been imposed for his allegations against some MCA office bearers, regarding a T20 International on December 28 last year, which have been found untrue after the association conducted an inquiry.

The decision to ban Shetty, who has been associated with the MCA for several years and served it in the capacity of a committee member, secretary, treasurer and vice-president, was taken on May 14 by the managing committee.

The committee also gave Shetty additional time to listen to the video recording of the meeting and his allegations and then revert to the MCA, which he did a few days ago.

The letter informing the imposition of the ban was delivered to him on Tuesday, according to sources.

Shetty said he would challenge the ban in court.

“Of course, I will challenge it in court. There is no doubt about it,” he said.

“I have raised an issue at the AGM of the association pertaining to the misuse of MCA funds and have done nothing wrong,” Shetty said in a statement.

“This is a personal vendetta by people who want to make sure that I do not contest the next elections and also because their ego was hurt that the two anti club resolutions proposed by the managing committee had to be taken back by the chairman after he sensed the mood of the house after I raised the issue on behalf of the members,” he said.

“I will fight this kind of undemocratic decisions both within the association and legally,” Shetty added.

According to a MCA member, who is acquainted with MCA’s constitution, said that the committee can’t ban a member.

“Decisions on banning a member can only take place in the general body,” he said. Another MCA official countered this view: “Of course, the managing committee has powers to ban anyone.”