Karnataka captain R Vinay Kumar has defended his decision not to enforce the follow-on against Mumbai in their Ranji Trophy match that ended in a draw on Sunday. 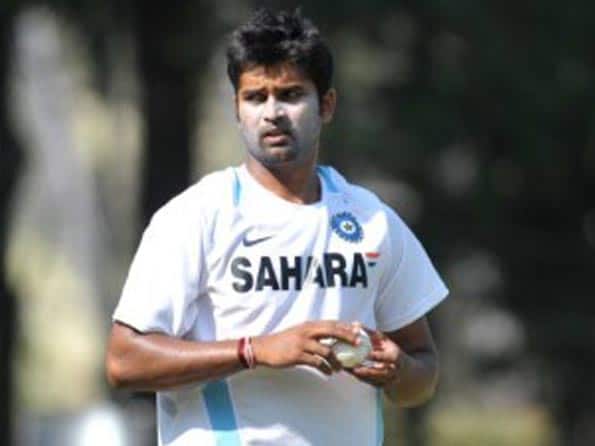 Karnataka captain R Vinay Kumar has defended his decision not to enforce the follow-on against Mumbai in their Ranji Trophy match that ended in a draw on Sunday.

Abhishek Nayar who was unbeaten on 191 runs along with Ashok Chavan added a record 86 runs for the last wicket, taking Mumbai’s overnight total of 354-8 to 441. After Chavan was dismissed, there were still 65 overs left in the day but Karnataka skipper decided not to enforce follow-on. He felt the flat track at Brabourne stadium forced him to take a decision of not enforcing follow-on.

He was quoted in Mid Day as saying, “In the end, I thought it was the correct decision. If we would have bowled them out a little earlier, we could have thought about enforcing the follow-on. But since it was such a flat track, we didn’t see the need to do it. We are happy with three points.”

In the first session of Sunday, Nayar resumed batting after being retired hurt earlier. He resumed when nine wickets were down and frustrated Karnataka bowlers with his gritty batting. At that point of time, Mumbai needed further 130 runs to avoid follow-on, and were trailing by 280 runs. Nayar along with the tail ender was successful in holding the last wicket for close to 21 overs.

Mumbai captain Wasim Jaffer on other hand was unhappy with his batting performance which lost heaps of wickets on third day. He said, “The fact that No 11 batsman Ankit Chavan hit four boundaries tells you how flat this wicket really was. We would have fancied our chances of crossing Karnataka’s total (of 635-9 dec) had we lost only six wickets at the end of yesterday (Saturday). Things could have been different.

“We are disappointed because the whole purpose of shifting venues (from BKC to Brabourne Stadium) was lost because this wicket ended up being such a flat one. End of the day, these decisions (of venue change) is not in our hands.”