Kolkata: Former Bengal left-hander Badal Dutta died on Saturday following old age complications, Cricket Association of Bengal sources said. He was 92. Born in June 21, 1924 at Sylhet (in present Bangladesh), Dutta was an elegant left hander who could bowl slow left-arm orthodox. In his first class career spanning 1944-45 to 1955-56, Dutta scored 1,459 runs with a highest of 143. He averaged 29.77 with the bat, scored four centuries and five 50s, and held 12 catches. He captured 41 wickets at 37.09, and his best innings figures were 5 for 52. This has been a sad year for the Bengal cricketing circles losing their old greats. Live Cricket Scorecard: India vs England 1st Test at Rajkot

Earlier this year, former Bengal batswoman Chandravati Paldied in a road accident on Saturday morning. The accident happened near Red Road. Pal was going to Calcutta Parsi Club riding pillion on a two-wheel vehicle. She is the coach at the club. A statement released by a CAB official stated, She was riding pillion on a two-wheeler when she was hit by a bus from behind near the Red Road. She was taken to hospital in a critical condition and passed away around 9 am. It s really unfortunate, I had met her at the CAB a couple of days ago. She was always smiling and never got into an argument.”

Pal was a right-handed batter and played for Bengal for a period of approximately 15 years. She also played for East Zone. Pal was giving instructions at Howrah District with help from CAB. According to a report by Cricbuzz, this was after her two-year deal with the Combined District Team. CAB has condoled the demise of Pal, We convey our solace to the bereaved family and pray for eternal peace to her departed soul. 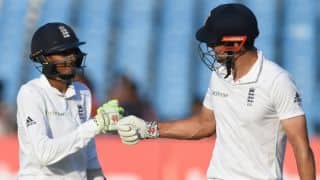