Pakistani cricket needs to revamp its failing system and focus more on Tests, former captains said on Monday after the side's humiliating 3-0 whitewash in South Africa. 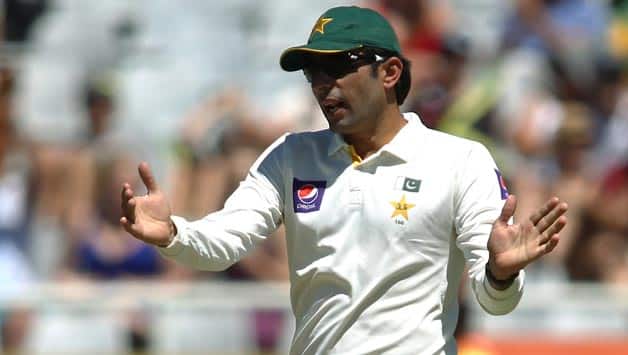 Pakistani cricket needs to revamp its failing system and focus more on Tests, former captains said on Monday after the side’s humiliating 3-0 whitewash in South Africa.

Pakistan went down by an innings and 18 runs in the final match at Centurion on Sunday as the world number one Test team completed a clean sweep in home Tests this summer, after beating New Zealand 2-0.

Former captain Aamir Sohail said Pakistan went into the series unprepared for the demands of the longest form of the game.

“It was predicted,” Sohail said. “South Africa were well equipped while we are not doing things needed (for Test cricket) and are paying the price.”

Pakistan’s batsmen struggled on the bouncy pitches against a hostile pace attack led by Dale Steyn and Vernon Philander, who shared 35 wickets between them in the series.

The tourists were shot out for their lowest Test score, 49, in the first Test at Johannesburg, going on to lose by 211 runs. They staged something of a fightback at Cape Town, posting 328 before a second-innings collapse condemned them to another defeat.

No Pakistani batsman had an answer to the pace, movement and hostility of the South African attack, with only Asad Shafiq and veteran Younis Khan managing centuries. Opener Mohammad Hafeez flopped, with just 43 runs in six innings.

Sohail, also a former chief selector, said Pakistan needed to take measures at the grassroots level. “When a youngster emerges he has technical faults which we are not removing while South Africa have followed Australia in conquering the world with their work,” he said.

Another former captain, Rashid Latif, urged Pakistan to focus more on Tests. “Pakistan must have separate players for Tests and one-dayers,” said Latif. “Some players feel they are suitable for all three forms but their poor show in Tests is affecting the team’s performance.”

Some fans in the street said Pakistan should only play one-day matches and Twenty20s. “The style of Test cricket doesn’t suit Pakistan,” said Asim Ahmed, a shop owner in the Saddar area of Karachi. “Test needs patience and resilience which we have to learn.”

Pakistan now have the chance to regain some pride as they take on South Africa in two Twenty20s and five one-day internationals.