London: Peter Richardson who made a century for England in the 1956 Ashes Test in which Jim Laker took a world record 19 wickets has died aged 85, his former county Kent announced on Friday. Richardson accrued five centuries in the 34 Tests he played between 1956 and 1963 starting his international career with two half centuries in the 1956 Ashes series and the opener finished his first year as a Test batsman with 491 runs to his credit, the most in the world that year. At the time he was an amateur playing for Worcestershire but the county refused to allow him to turn professional and move to Kent in 1958.

He had to sit out the 1959 season but having finally secured his move he found competition for the opening spots in the Test team restricted his appearances. Richardson, who played on for Kent until 1965, made history in 1957 when he and brother Dick played one Test together against the West Indies, becoming the first siblings to do so for England in the 20th century. As an amateur for Worcestershire, he was named as one of Wisden’s cricketers of the year, but then moved to Kent in 1959, where he turned professional. He scored over 1,000 runs in one season 11 times in his 16-year career. Out of those 11 times he crossed 1,000 runs, he converted them to 2,000 runs on four occasions.

He was adjudged the man of the match in the final in the Gillette Cup final in 1963. Gilette Cup was the first ever limited-overs cricket contest.

Wisden Almanac wrote on Richardson, “Fair-haired and of medium physique, he stands five feet nine inches and weighs ten stone ten pounds Richardson excels with a powerful cut, drives freely and has the left-hander’s ability to exploit the leg-side. A curious feature of his eight Test innings against Australia was his dismissal each time by a catch to the wicket-keeper, but more than once he sacrificed his wicket in endeavouring to get runs quickly.” 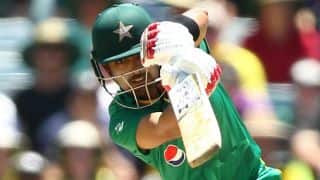