Ashley Giles played for Warwickshire for 13 years and, as director of cricket, led the team to the English County Championship title in 2012.

Former England spin bowler Ashley Giles was appointed as Warwickshire’s sport director after quitting his role as Lancashire coach. Giles had served as Warwickshire director of cricket between 2007 and 2012 and he returns to Edgbaston in a more wide-ranging role. The 43-year-old will oversee all the English county’s professional teams as well as the academy, high performance and development of excellence programmes. Giles played for Warwickshire for 13 years and, as director of cricket, led the team to the English County Championship title in 2012. In November of that year he left to become England’s limited overs head coach before taking over as head coach and cricket director at Lancashire two years later.

“The new role at Edgbaston is a great opportunity and I am delighted to return to Warwickshire. Whilst I have a lot of history with the Bears and have previously enjoyed success as a player and a coach, this is a brand new challenge and I look forward to meeting up with all the players and the new management team in January”, stated Giles.

He won the T20 Blast at Old Trafford and led the county to promotion to Division One of the County Championship in his first year. Giles’ appointment is part of an overhaul at Edgbaston, with Jim Troughton joining as first-team coach and Paul Greetham as elite performance manager. Warwickshire finished sixth in the County Championship First Division table in 2016, one place ahead of Lancashire. 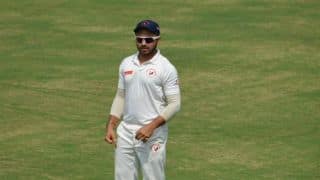 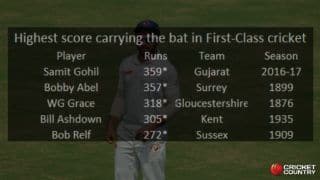