Former India cricketer Gautam Gambhir on Sunday informed that he has tested negative for COVID-19. Gambhir took to Twitter to share the news and urged everyone to strictly follow the guidelines.

“Glad to share that my COVID test result is negative. Thank you for all the wishes. I again urge everyone to strictly follow guidelines. Stay safe,” Gambhir said in a tweet.

Gambhir decided to enter self-isolation on Friday after ‘someone’ at his home tested positive for the novel coronavirus.

After hanging his boots, Gambhir is now trying his hands in the cricket commentary field.

Gambhir, who is very vocal about his views, recently criticize Rishabh Pant after strings of poor performances in ongoing Indian Premier League. The veteran Indian opener said that flamboyant wicketkeeper-batsman can never be MS Dhoni as he has to be Rishabh Pant to succeed at the big stage.

“First of all, you have to stop saying that Rishabh Pant is the next MS Dhoni. That is one thing which media needs to stop doing it. The more media talks about it, the more Rishabh Pant starts thinking on those chances. He can never be MS Dhoni. He has to be Rishabh Pant,” Gambhir told ESPNcricinfo. 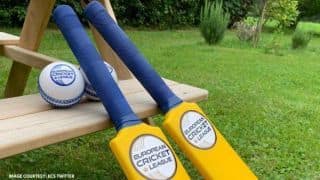