Former cricketer Madhusudan Rege, who played one Test for India, has died aged 89.

Former cricketer Madhusudan Rege, who played one Test for India, has died aged 89.

Rege’s offspin bowling yielded 33 wickets at an average of 42.96 with his best being five for 23.

The Board of Control for Cricket in India (BCCI) condoled his death.

“On behalf of the BCCI, I would like to condole the demise of Mr. Madhusudan Rege. He was a talented opening batsman and off-spinner, who represented Maharashtra with distinction, in the Ranji Trophy. He played for India in one Test, in what was our first-ever Test series against the West Indies, in 1948-49,” BCCI Secretary Sanjay Patel said in a statement.

“May the Almighty give his family the strength to cope with this loss. May his soul rest in eternal peace.” 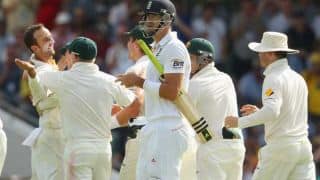 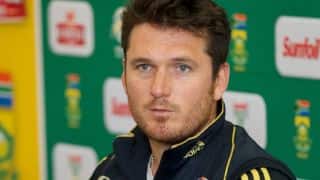