Former India player and Railways captain Sanjay Bangar on Tuesday announced his retirement from first-class cricket after guiding his team to a 122-run victory against Bengal in the final group league game of Ranji Trophy at the JU (Salt Lake) ground. 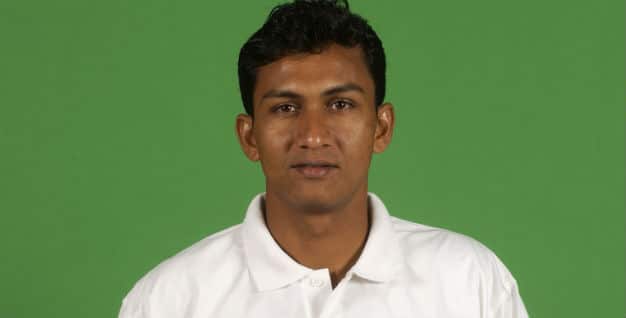 Former India player and Railways captain Sanjay Bangar on Tuesday announced his retirement from first-class cricket after guiding his team to a 122-run victory against Bengal in the final group league game of Ranji Trophy at the JU (Salt Lake) ground.

“I was hoping that Railways would qualify for the knock-out stage of the Ranji Trophy. Since we didn’t qualify, I thought that it is appropriate to call time. It’s been a fabulous journey and I have enjoyed every bit of it,” 40-year-old, who played 12 Tests and 15 ODIs told PTI over phone from Kolkata on Tuesday.

Bangar scored 470 runs and seven wickets in 12 Tests. He had a century against Zimbabwe but will forever be remembered for a fighting 68 against England on a seaming track at Headingley in 2002. He was praised by one and all for his dogged batting against the likes of Andy Caddick, Mathew Hoggard and Andrew Flintoff adding 170 runs with Rahul Dravid.

“The Test century against Zimbabwe was special but yes, I became a household name because of that innings at Headingley.

That gave me an identity. Being a part of the squad that played 2003 World Cup final was also special,” Bangar recollected.

The soft-spoken all-rounder says that he doesn’t have any regrets that he didn’t have a long and fruitful international career.

“During the group stages of 2003 World Cup, I was still hoping that I might get a look in. But once, the winning combination clicked, I knew that I didn’t have a chance of playing. No regrets though as not many were a part of World Cup finalist squad. I had a very poor Test series in New Zealand and I was dropped. I can’t complaint,” Bangar said.

It was for Railways that Bangar plied his trade for 19 seasons and was one of the pillars of the side along with Murali Kartik, Yere Goud, Jai Prakash Yadav and Kulamani Pardia. He played 165 first class matches amassing 8342 runs at an average of 33.35 and has 300 wickets to his credit.

“I formed some lifelong associations with guys like Kartik, JP, Yere, Parida as saw some lovely highs, some lows but it was an honour to represent Railways for so long.”

Bangar is open to coaching but he hasn’t decided anything concrete.

Will he play the inter-Railway tourneys, he answered,”If Western Railway have 10 men and they are desperate, I won’t mind,” he laughed.