Haye, who played seven first-class and two List A matches, was one the pioneer fast bowler of Jamaican cricket in the 1970s and early 1980s.

Former Jamaican cricketer William Haye was found dead at his residence on Wednesday after an unknown gunman shot the 69-year-old in the Four Paths area of Clarendon.

According to a report in the Jamaican Observer, the gunman set his house on fire after killing the former fast bowler. (Watch Chris Gayle’s ‘Punjabi’ dance after dismissing Kolkata’s Andre Russell)

Reportedly, locals heard loud explosions after gunshots were fired. On their arrival, the house was seen on fire. When the fire department arrived, Haye s body was found inside a room with chop and gunshot wounds to his upper body.

The Jamaica Cricket Association (JCA) said it is tremendously saddened by the tragic incident.

This is shocking news; our thoughts and prayers are with his family, close friends and associates in this their period of grief. The circumstances around his death as reported in the media are beyond unfortunate. We encourage anyone with information which may be useful to the police in their investigations to come forward, JCA said in a statement. (ALSO READ: Sir Robert Daniel Richmond: The Jamaica-born Scottish who played first Madras Presidency Match)

The associated added that they will honour Haye in the next round of the 2019 Senior Cup.

Haye, who played seven first-class and two List A matches, was one the pioneer fast bowler of Jamaican cricket in the 1970s and early 1980s. 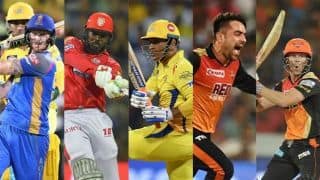 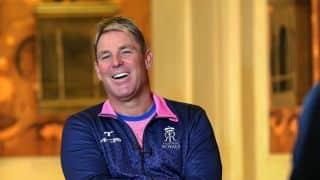