A Kenyan player is being investigated over suspicion of fixing a 2011 Cricket World Cup game against Pakistan in Hambantota in Sri Lanka, according to the chief of Kenya Cricket Board. 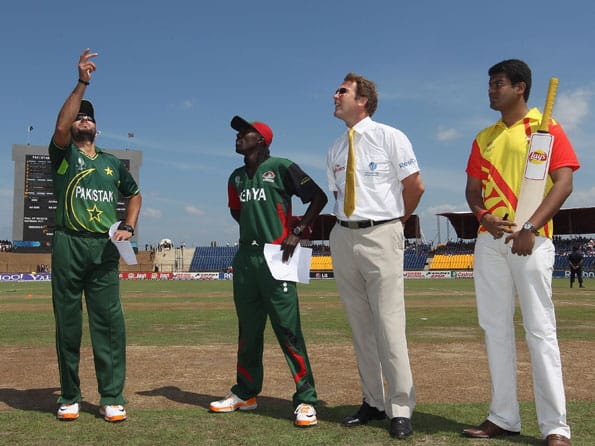 The identity of the Kenyan player remains undisclosed AFP

A Kenyan player is being investigated over suspicion of fixing a 2011 Cricket World Cup game against Pakistan in Hambantota in Sri Lanka, according to the chief of Kenya Cricket Board.

Tom Sears, the outgoing Chief Executive Officer of Cricket Kenya, did not give the name of the Kenyan player but said that the ICC has begun investigation into the matter.

“We are happy to assist the ICC in any way to ensure that any corruption in the game is dealt with and if there has been any wrongdoing, any individuals involved are punished accordingly. The Kenyan Ministry of Sport and Youth Affairs is aware of the allegations and has also pledged their support in eradicating any corruption,” Sears said.

It is learnt that the ICC has advised the Kenyan Board not to engage the player concerned in any official capacity.

The player who is not part of Kenya’s current squad has not been suspended but is under investigation.

Sears said Cricket Kenya was contacted by the ICC late last year over the fixing suspicions.

Pakistan won the match by 205 runs after bowling out Kenya for 112. During the Pakistan innings, Kenya’s bowlers conceded 37 wides, equalling the world record.

Kenya’s performance in the 2011 World Cup, which they ended without a win, was heavily criticised and some senior players were not offered new contracts.

The ICC were initially alerted to a possible involvement of the Kenyan player in another international game with a report from another player that several approaches were made to spot-fix international matches involving other Full Member countries.

Subsequently another allegation was made against the same cricketer concerning the World Cup match between Kenya and Pakistan last February. (PTI)