The Pakistan Cricket Board has remained silent on the decision by International Cricket Council to allow the organisers of the Women's World Cup in India to house the Pakistan team at a stadium instead of a hotel but former players have lashed out at the ICC and the BCCI for this development. 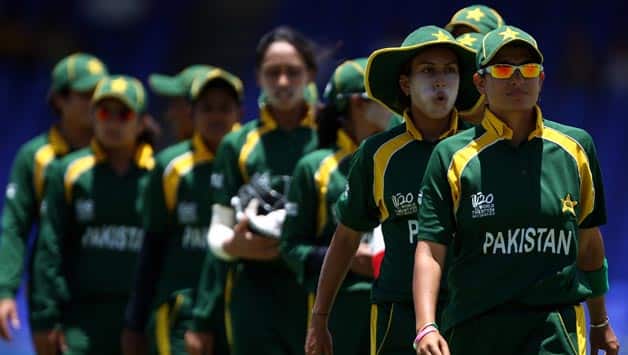 The Pakistan Cricket Board has remained silent on the decision by International Cricket Council to allow the organisers of the Women’s World Cup in India to house the Pakistan team at a stadium instead of a hotel but former players have lashed out at the ICC and the BCCI for this development.

Former Test leg-spinner Abdul Qadir said the state of affairs prevailing in the Women’s World Cup was a sad commentary on the state of relations between Pakistan and India and the role of the ICC.

“I would like to see more cricketing ties between the two countries but for this Indian political parties need to keep sports away from politics. I wish our women do well in the World Cup it would mean and say a lot about the character of Pakistan cricket,” he said.

Another former captain Rashid Latif said he was really disappointed to learn about this development.

“The reason given for keeping our team at the stadium instead of a five star hotel like the three other teams is security. But the point is that if the Indian Board can’t guarantee security of all the participating teams in the World Cup why did not the ICC act and shift the event to some other country where the Pakistan team could also enjoy the event as other teams,” Latif told PTI.

Latif said the ICC’s role in the whole affair had been disappointing as had that of the BCCI.

“It is a shame that in a country like India even their government and Board can’t assure safety of our players if they stay at a hotel,” he added.

He lamented that how could the Pakistani women be expected to give their best in the event in the shadow of such pressure and security threats.

“If our players do well they would have excelled themselves. Because no team should be made to suffer like this in a global ICC event like the World Cup,” Latif said.

Another former captain Moin Khan said that the treatment meted out to the Pakistan women’s team few weeks after Pakistan men’s side had toured India for an ODI series without any problem was very sad.

“It is sad that sports and politics are mixed together in India. Where is the traditional hospitality the Indians are famous for? Is their government and Board so weak they can’t guarantee the security of our team if it is staying at a hotel like the other sides?” Moin asked.

Former women’s team captain Urooj Mumtaz said she could realise the pressure the players must be feeling at the moment in Cuttack.

“I would like to know what the ICC would have done if the same situation had evolved in some other country than India.

It is a joke that our team has to stay at a stadium for security reasons then why have the event in India at all,” she said.

PCB Chairman Zaka Ashraf had suggested to the ICC to shift the World Cup to South Africa.