Former Test pacer Tanvir Ahmed believes some of the former Pakistani cricketers would be willing to work even in toilets if they get a chance to work with the Pakistan Cricket Board (PCB).

Former Test pacer Tanvir Ahmed believes some of the former Pakistani cricketers would be willing to work even in toilets if they get a chance to work with the Pakistan Cricket Board (PCB).

“It is my personal opinion what is wrong with that. I believe some of our former players are so desperate for employment opportunities in the board they would even work in the toilets,” he said.

His comment on the GTV sports show on the GTV News channel prompted viewers and social media followers to label him as a sick person who had no respect for elders or his colleagues.

Tanvir, who played five Tests, a T20 international and two ODIs from 2010 to 2013, gained a lot of prominence due to his controversial comments since becoming a full-time expert and cricket analyst on television channels.

Last year when the Asia Cup was held in UAE, Tanveer earned the wrath of fans worldwide on social media when he suggested that Virat Kohli had run away from the tournament although the Indian captain was rested for the event eventually won by India.

Tanvir admitted that his comments on Kohli led to such a ferocious backlash that he had to close down his social media accounts.

The 40-year-old was recently in news when he had accused former great and chief selector, Inzamam-ul-Haq of nepotism and favoritism in selection and ignoring deserving domestic performers to promote his nephew, Imam ul Haq.

Tanvir had questioned Inzamam’s legendary position in Pakistan cricket, saying: “What legendary work has Inzamam done as chief selector tell me. I don’t rate him as a legend.”

His comments on Inzamam have generated lakhs of views for the particular clip on the social media. 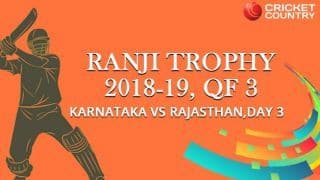 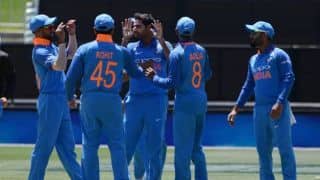 India vs Australia 2019, 3rd ODI, LIVE streaming: Teams, time in IST and where to watch on TV and online in India