The manner in which Zaka Ashraf was elected as chairman of Pakistan Cricket Board (PCB) for the next four years on Friday came in for sharp criticism from former heads of the PCB. 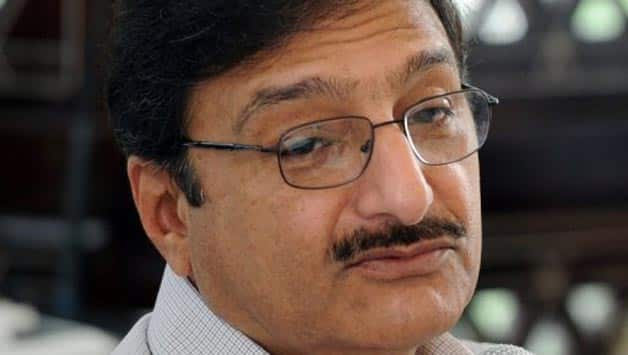 The manner in which Zaka Ashraf was elected as chairman of Pakistan Cricket Board (PCB) for the next four years on Friday came in for sharp criticism from former heads of the PCB.

Former PCB chief Shaharyar Khan expressed fears that Pakistan could end up having its membership suspended by the International Cricket Council (ICC) if the process was found to be faulty.

“I am really surprised over the manner in which this whole thing was held secretively and in a hurry. The General Body of the Board has been bypassed and this is not acceptable,” Shaharyar, also a former foreign secretary and High Commissioner to New Delhi, said.

“I really don’t know what is the real story about these claims that this constitution and the process held to elect the Chairman has been done according to ICC requirements but it does not seem a democratic process was adopted,” said Shaharyar, who served as PCB chief from 2003 to 2007.

He recalled that when the PCB constitution was amended during his tenure, the general body was given the power to elect the new chairman.

“But ironically, our constitution always required approval by the patron,” he said.

Shaharyar said when the Board of Governors meeting was convened, the agenda did not say anything about election of the chairman.

“If it’s true then it is nothing but a big joke,” he added.

Justice Abid Aziz of the Lahore High Court has asked the PCB to submit a reply by May 18 over the objections raised by the regional cricket associations of Faisalabad and Sialkot over the election of the new chairman.

Former PCB chairman Lt General (retd) Tauqir Zia said the haphazard manner in which Ashraf got elected had raised a lot of questions.

“I don’t understand what was the hurry to do all this so quickly. No one knew or had even heard of this other candidate for the PCB chairmanship,” he said.